Associate Professor at ASUE: Withdrawal from EEU is the only solution to economic problems of Armenia 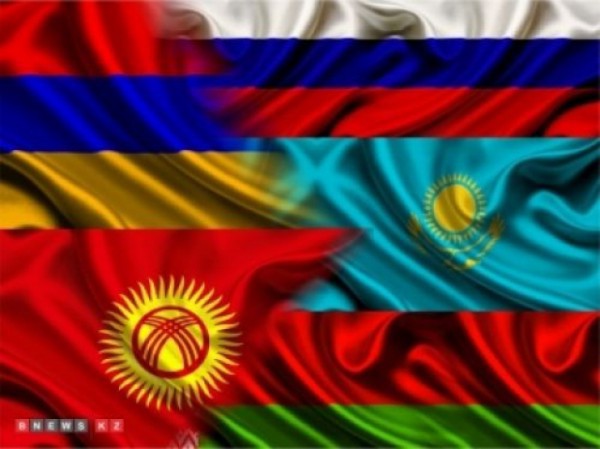 ArmInfo. The current economic situation in Armenia demonstrates that Armenia has made a wrong choice by signing the agreement on accession to the Eurasian Economic Union (EEU), Ashot Yeghiazaryan, economist, associate professor at the Armenian State University of Economics (ASUE), said at a press conference on Saturday.

"The country had an alternative - it could have chosen the European and American economic course, refusing EEU membership," he said.

The economist thinks that the EEU membership will result in a disaster for Armenia. "If Armenia fails to withdraw from the EEU, it will face serious economic and social shocks. The idea that we will have a bright future within the EEU is just an illusion," said Yeghiazaryan.

He said that the developing countries, including Russia, which is affected by sanctions, will lose their international positions amid redistribution of the global profit. Consequently, Armenia will also weaken on the international arena because its economy traditionally depends on Russia.

The economist singled out seven key problems Armenia will shortly face within the EEU. First, the AMD depreciation will result in reduction of Armenia's international reserves, because the CB will have to undertake interventions to stabilize the forex market, but the interventions cannot be unlimited. Second, Armenia will come across difficulties in USD servicing of the foreign debt. Third, the price rise and the population income reduction will increase poverty.  Fourth, Armenian labor migrants will have to return to Armenia.  Fifth, numerous enterprises may close down and this will result in growth of unemployment and reduction of budget revenues. Six, some commercial banks will most likely face the problem of USD loan repayment, which will trigger a shock on the country's financial market. Seven, the CB policy on the refinancing rate may prove to be inefficient. In other words, possible rise in the refinancing rate to curb inflation may not give the necessary result, because investments have dropped to the minimum threshold.

"The depreciation of the national currency has a positive effect on export, and this is a positive factor for a country with diversified economy or balanced foreign trade turnover, but not for a country whose import is thrice as much as export or which mostly exports energy resources and raw materials. So, in our country the AMD depreciation will raise prices of the imported goods and will make the social problems more serious," he said.

To note, Armenia became a full member of the EEU on Jan 2, 2015. Its share in distributed customs duties from imports to the EEU is 1.13%.  By preliminary data, Armenia will receive about $250 million in 2015.  The aggregate volume of economy of the EEU member states is more than $2 trillion and the total industrial output amounts to $1.5 trillion.  The prospect of the integration effect in terms of the aggregate GDP growth may total about $900 billion by 2030. The agreement takes into account the principles of sovereign equality of the parties and their territorial integrity, as well as the national interests of the EEU member states. The agreement implies freedom of movement of commodities, services, capital and workforce, implementation of coordinated or single policy in economic sectors stipulated by the given agreement and international agreements within the EEU.