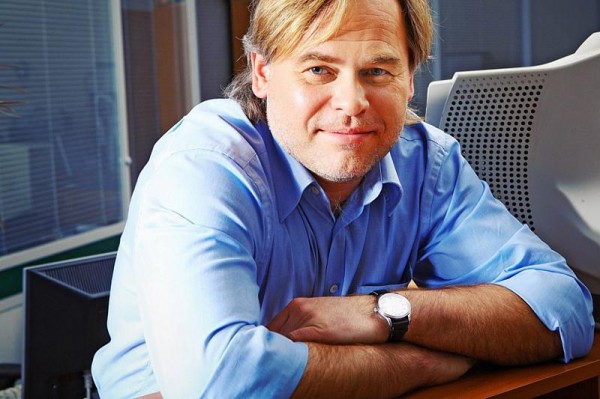 ArmInfo. Yevgeniy Kasperski, famous programmer and leading global specialist in the sphere of information security, the founder and the head of the "Kasperski Lab", has been bestowed with the Award of the President of the Republic of Armenia for Outstanding Contribution to Global IT.

A tripartite press conference dedicated to announcing the winner of the Annual Award of the President of the Republic of Armenia For Outstanding Contribution to Global IT for the year 2015, took place at the Presidential Palace. The press conference was presided by Vigen Sargsyan, the Head of the President's Administration, Ralph Yirikian, the General Manager of VivaCell-MTS - the Company-sponsor of the GIT Award, and Hovik Musaelyan, the Chairman of the Executive Board of the GIT Award.

The Global IT Award of the President of the Republic of Armenia is granted on an annual basis to an individual, whose internationally acclaimed contributions to IT have resulted in near-revolutionary or revolutionary developments that have positively impacted or hold the potential to positively impact the humanity.

The award was established upon the initiative of "Synopsys Armenia" and with VivaCell- MTS sponsorship.

VivaCell-MTS has been the sponsor of the initiative for six years.  The Company has donated AMD 125 million for the realization of the program.

"The President's GIT Award celebrates the greatest achievements of humanity in the sphere of high technologies and acknowledges the great minds behind those accomplishments. It is part of Armenia's commitment to bringing the best of the experience to our specialists and sharing their attainments with the world. And, of course, VivaCell-MTS - Armenia's leading telecommunications operator - could not stay away from it," VivaCell-MTS General Manager Ralph Yirikian stated.