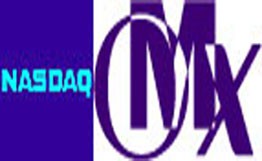 ArmInfo. Yerevan. Starting from February 10, 2016, common nominal stocks issued by "UNIBANK" OJSC will be listed on NASDAQ OMX Armenia and included in the stocks' B list, Nasdaq OMX Armenia reports.

Listed securities comprise 109,669,471 stocks (ISIN - AMUNIBS10ER5) with nominal value of AMD 100, which will be traded under UNIB ticker symbol and will be allowed to manual and REPO trading as well.  To recall, on December 18-24, 2015 placement of UNIBANK's additional shares through an IPO took place at NASDAQ OMX Armenia. During the placement 186 transactions for the amount of AMD 2,454,668,330 were concluded, as a result of which 10,672,471 common nominal stocks were placed. The price of a stock stood at AMD 230.

According to the AmRating Agency analysts, Unibank will probably have to make additional issues in 2016, as its total capital amounted to 22.8 bln drams on Jan 2016. After IPO, the Bank will need about 7.2 bln drams to meet the Central Bank's minimum capital requirement for 2017 (30bln drams). Analysts say the Bank may replenish the capital with its not big profits and through investments of the key stakeholders. At the moment, Unibank's branch network comprises 45 branches. The Bank has an office in Moscow. The bank is a member of stock exchange since 2008 and is a member of securities settlement system since July, 2015.  Ahead of IPO, Unibank's assembly of shareholders adopted a decision (on March 12 2015) to change the status of the Bank  - from CJSC to OJSC. The Central Bank approved the new status on June 23 2015.

NASDAQ OMX Armenia and Central Depository of Armenia are among the main securities market infrastructure institutions in Armenia.The exchange offers to the market professionals a fully automated electronic trading platform.