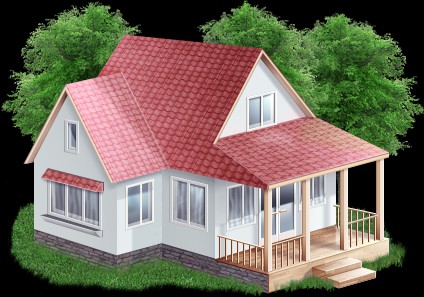 ArmInfo. Central Bank of Armenia has improved the terms of mortgage lending under "Affordable Housing for Young Families" state program, which will result in involvement in the program of more number of young families, who need to improve their housing conditions. As the press-service of the Central Bank informed ArmInfo, the Armenian government approved today the relevant amendments and additions to the terms of "Affordable Housing for Young Families" state program.

According to the source, from now own mortgage crediting is available for those young families, aged between 18 and 35 (versus previous 30), where the total age of the couples is not more than 65 years (versus previous 60).
Besides, the maximum price of the purchased housing under mortgage crediting has also been reviewed, and set at 25 mln AMD (versus 16 million AMD before), which will give the young family more chances for housing choice. At the same time, the maximum limit of provided mortgage credit is set at 17.5 mln AMD versus previous 11.2 mln AMD.  The amount of up-front sum is set at 10% of the total cost of the house and other residential real estate collateral.
To recall, the Central Bank registered Affordable Housing for Young Families UCO on February 16 on the bases of the state target program of affordable housing for young families approved by the Government on Jan 29 2010. According to the Ranking of Armenia's Credit
Companies prepared by ArmInfo News Agency, the amount of credit exposures of Affordable Housing for Young Families UCO reached 54.1 bln AMD (111.7 mln USD) as of Jan 1, 2016 with slackening of y-o-y growth from 93.7% in 2014 to 51.4% in 2015. According to the
Financial Ranking of Armenian banks prepared by ArmInfo, in the banking system the mortgage crediting slackened growth rates from 22% in 2014 to 8% in 2015, totaling 187.8 bln AMD or 388.2 mln USD.
POST A COMMENT