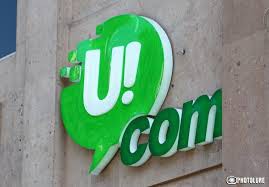 ArmInfo. Ucom and Orange Armenia entered the phase of brand change and will soon integrate under single Ucom brand. Ucom CEO Hayk Yesayan made this announcement at the meeting with journalists today, noting that the brand change phase will took place in April, followed by new offers, packages and services.

He said the Ucom will assume the responsibility of Orange to its  customers and counteragents.  According to Hayk Yesayan, the integration of two companies will allow to improve the quality of services, offering now 4 services under Ucom brand: mobile and fixed connection, fixed internet and television.

"Our company tried to keep all the quality that Orange has and provide it to our subscribers under Ucom trade mark," observed Hayk Yesayan.  He assured that the brand change phase will go unnoticed for Orange Armenia subscribers, as no major changes were made in current services.  According to Marketing Director of Ucom Tigran Safaryan, whole infrastructure of Orange Armenia will be kept and also improved owing to the policy they adopted, which will make its first step by installing ultra-modern LTE radio access network on the entire territory of Armenia.

Commercial Director Aram Barseghyan noted in his turn that Ucom will soon have around 80 service centers presented afresh, where you can use both Ucom and Orange services.  The speakers noticed that Ucom will implement Bringing Sight to Armenian Eyes project that's been realized by Orange Foundation for years.  This and a number of other projects will be implemented by Ucom Foundation.  In regard to the fate of Orange employees, representatives of Ucom remarked that they don't anticipate staff reduction; moreover, the company intends to open new jobs and is looking for competent specialists.

Ucom LLC was founded in 2007. It is one of the rapidly developing companies in Armenia. Ucom has built the biggest new generation fiber-optic network in Armenia, which gives an opportunity to provide at least three services: Internet, television and fixed- line telephony. As of June 2015, the company has more than 100,000 subscribers. On August 20 2015, by the decision of the Public Services Regulatory Committee of Armenia approved the sale of 100% of Orange Armenia's stake to Ucom Company. The decision on the sale of stake is determined not by financial reasons, but intention to provide strong convergent services, including a range of fixed and TV services. At the same time Orange Armenia will remain as a mobile operator, will keep its licensees and infrastructures and will continue to provide services to its customers.

To note, UCom Company will launch 4G/LTE network on the basis of Ericsson equipment on the whole territory of Armenia. UCom Telecommunication Company and Ericsson (NASDAQ: ERIC) signed a contract on development of 4G/LTE network throughout the territory of Armenia. Under the contract Ericsson will supply state of the art equipment of Ericsson Radio System, which works in different frequency ranges, AIR integrated antenna systems and Ericsson Expert Analytics system, a software suite, which enables operators to predict customer satisfaction and automatically take closed-loop actions to improve it. Armenia is undergoing digital transformation, innovative telecommunication services and solutions are available in the country, and there is also high demand on smart devices. Only networks ensuring the highest level of capacity can satisfy the growing demand. A network will be developed on the basis of LTE technology and Ericsson analytical system, which will allow UCom providing the services of the highest level to its customers, Head of Ericsson Customer Unit in Ukraine and Eurasia Wojciech Bajda said.