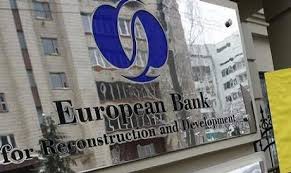 ArmInfo. The problems revealed in the SME sector due to the surveys conducted by the European Bank for Reconstruction and Development and the World Bank in 2013 are still relevant today, Gevorg Poghosyan, Head of Business Support Office-Armenia at EBRD, said at a press conference on May 31. The event was organized on the initiative of the Economic Journalists Club and Kondard Adenauer Stiftung.

The expert said that the main factors hindering SME development are still the lack of financial accessibility, customs restrictions and fiscal regulation. When speaking of the customs restrictions, the expert pointed out that the given problem contributed to formation of monopolies on the market. This, in turn, creates unequal conditions for SME importers.
He noted that 85% of SMEs are engaged in trade. Poghosyan also stressed the need to improve the situation in this sector. As a possible option, the specialist suggested banning construction of hypermarkets in the central part of the city in order to ensure normal functioning of small and medium-sized enterprises. He emphasized that this issue should be discussed with the Government and that a number of projects should be launched to gradually liquidate the monopolies in the SME segment of the Armenian market.
To note, according to official statistics, there are currently some 70,000 SMEs in Armenia, including 58 thsd micro and small enterprises, and 10 thsd medium-sized ones. In 2015, the share of SMEs in GDP dropped to 30% (versus the previous 42%), and the SME sector secured only 6% of tax revenues.