Expert: Model set in Tax Code of Armenia will inevitably lead to default in the long-term outlook 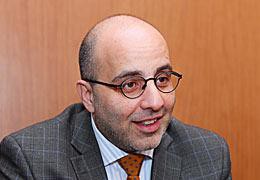 ArmInfo. The model set in the Tax Code of Armenia will inevitably lead to default in the long term outlook, Chairman of the Board of Directors of the American Chamber of Commerce in Armenia (AmCham) Tigran Jrbashyan expressed this opinion.

At the press conference in Yerevan on June 23 the expert noted that adopting the current draft of the Tax Code is not reasonable. He continued that if the draft is adopted the market may face a number of problems, particularly reduction of the consumer market, domestic and foreign investments, further outflow of qualified specialists and growth of corruption risks. Moreover, the document has already caused some negative impact. Thus, a lot of companies of IT field are warning to transfer their business to the neighboring Georgia. The representatives of small business, which currently pay only turnover tax, in expectation of possible reduction of the tax threshold to 40 mln AMD instead of the current 150 mln AMD, may make a decision to hide part of turnover in order to avoid paying VAT.

Jrbashyan thinks that the multiplicative effect was not taken into consideration when drafting the new Tax Code and the government preferred elementary bookkeeping approach instead of economic analysis. He informed that at the background of tax reforms in Georgia, Kazakhstan and Belarus Armenia evidently becomes non competitive.  For instance Georgia considers the possibility to cancel income tax while Armenia not only retains this tax but also in fact increases it. Besides, tax on dividends is being introduced.  Kazakhstan provides 10 years of beneficial period and compensates 30% of the funds; Jrbashyan noted and also brought the example of the reforms in Azerbaijan and Belarus.