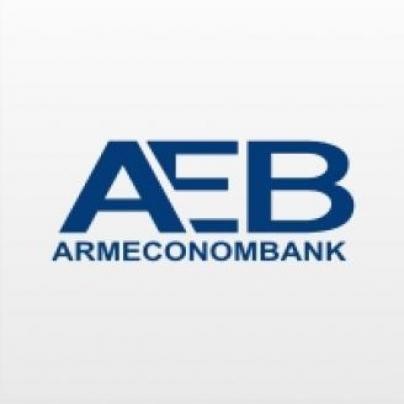 ArmInfo. Starting from  September 01, 2016, additional issue of common nominal stocks by  "ARMECONOMBANK" OJSC will be listed on NASDAQ OMX Armenia and  included in the stocks' B list, the press-service of NASDAQ OMX  informs.

Listed securities comprise 441,186 stocks (ISIN - AMHEZBS10ER5) with  nominal value of AMD 2,500, which will be traded under HEZB ticker  symbol and will be allowed to manual and REPO trading as well.  To  note back in May Armeconombank submitted an application to CBA on  making new issue of stocks. IPO started in June and will finish by  November 2016. The bank has conducted new issue of stocks amounted to  5 000 011 400 AMD.

To recall, the Central Bank of Armenia has recently given a  preliminary positive conclusion on the merger of Armeconombank and  BTA Bank (Armenia). As a result, the regulatory capital of the merged  Amerconombank exceeded 20 bln AMD, increasing by over 4 bln AMD at  the expense of the transaction. To note, by the Central Bank's  decision, by 2017 the minimum total capital standard for the Armenian  banks shall be 30 bln AMD.

To note, Armeconombank (former ZhilSotsBank of Armenian SSR) was the  first of the state banks to be reorganized into a joint-stock bank  with a CB registration dated 26 Aug 1991. The Bank has an OJSC  status. In 1997, Armeconombank's stockholder capital radically  changed when the founders of SIL Concern (the Sukiasyans family)  joined the capital. In 2004, EBRD joined Armeconombank's capital. As  of 1 April 2016 the majority shareholders of the Bank are EBRD -  11.05%, Saribek Sukiasyan - 25.9%, Khachatur Sukiasyan - 14.38%,  Robert Sukiasyan - 14.97%, Eduard Sukiasyan - 11.18%. The Sukiasyans'  family owns a total of 66.43% of the Bank's shares.