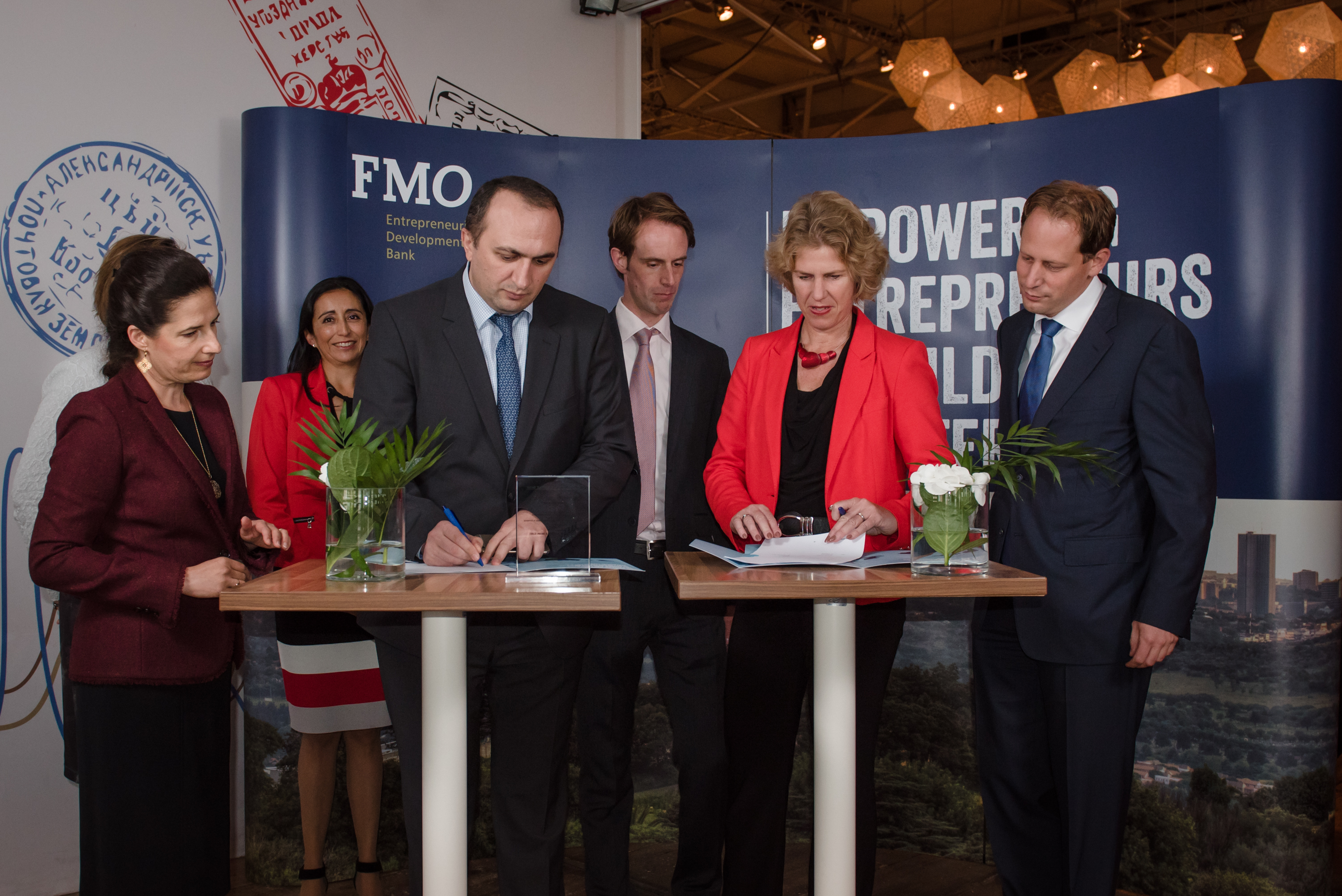 ArmInfo. ACBA-Credit Agricole Bank and the Dutch Development Bank (FMO) have signed $ 15 mln loan agreement for SME and agricultural sector financing. The press-service of the ACBA-Credit Agricole Bank has told ArmInfo that the loan funds are multi-currency, which envisages attracting funds both in dollars and drams. The document was signed in Noordwijk  (Netherlands) during the Future of Finance conference organized by the FMO.

To note, FMO has invested in the private sector in developing countries and emerging markets for more than 46 years.  With an investment portfolio of EUR 9.2 billion spanning over 85 countries, FMO is one of the larger bilateral private sector development banks globally.