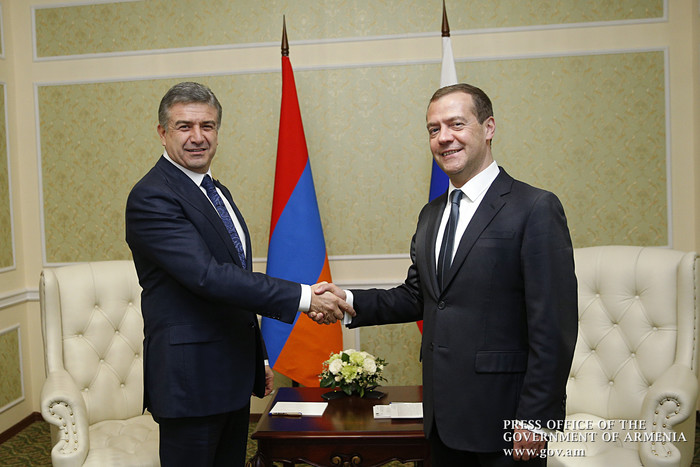 ArmInfo. On the sidelines of his  working visit to the Republic of Belarus, Prime Minister Karen  Karapetyan held private talks with Prime Minster of Russia Dmitry  Medvedev in Minsk, according to the press-office of the Armenian  Government.

Highlighting the fact that the two countries are first of all bound  by allied relations of strategic partnership, Prime Minister Karen  Karapetyan and Dmitry Medvedev stressed the need to take steps to  further expand bilateral trade and economic relations, considering  that the involvement of Armenia and Russia in the Eurasian Economic  Union opens up new opportunities and prospects for cooperation.