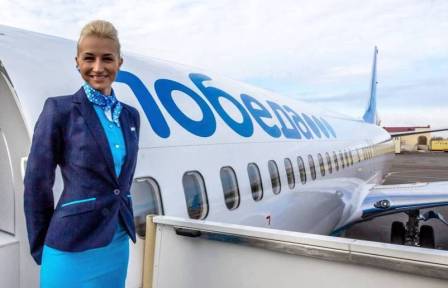 He noted that the sale of tickets will start on November 21, minimal cost of the ticket will total 999 RUR or $16. "The flights will be carried out three times a week starting from December 15, in Tuesday, Thursday and Sunday", Kalmykov noted. At the same time he added that special transfer from Gyumri to Yerevan will be organized for passengers via Fly&Bus service.

To note, on October 21 the Russian Federal Air Transport Agency (Rosaviatsia) gave a permit to Pobeda low-cost carrier (member of Aeroflot Group) to make flights from Moscow to Gyumri, the second largest city of Armenia. The permit was given for making flights 7 times a week. In August 2016, Rosaviatsia gave Pobeda a permit to operate flights to Yerevan. The sale of the air tickets to Yerevan was to be launched by autumn, but the flights have not been opened so far.  Pobeda operates flights to 58 destinations, including Italy, Germany, Spain, Slovakia, Montenegro, and Cyprus. Pobeda also carries out flights inside Russia - mainly, from Moscow and Krasnodar Territory.

To recall, no flights have been conducted from Shiak airport in Gyumri for a long period of time. The only flight Gyumri-Moscow was suspended in the beginning of this year. To note, "Shirak" airport is part of  "Armenia" International Airports" CJS, established by the famous Argentinean businessman of Armenian descent Eduardo Eurnekian.  The airport "Shirak" of Gyumri can be considered the second international alternate airport of Armenia.