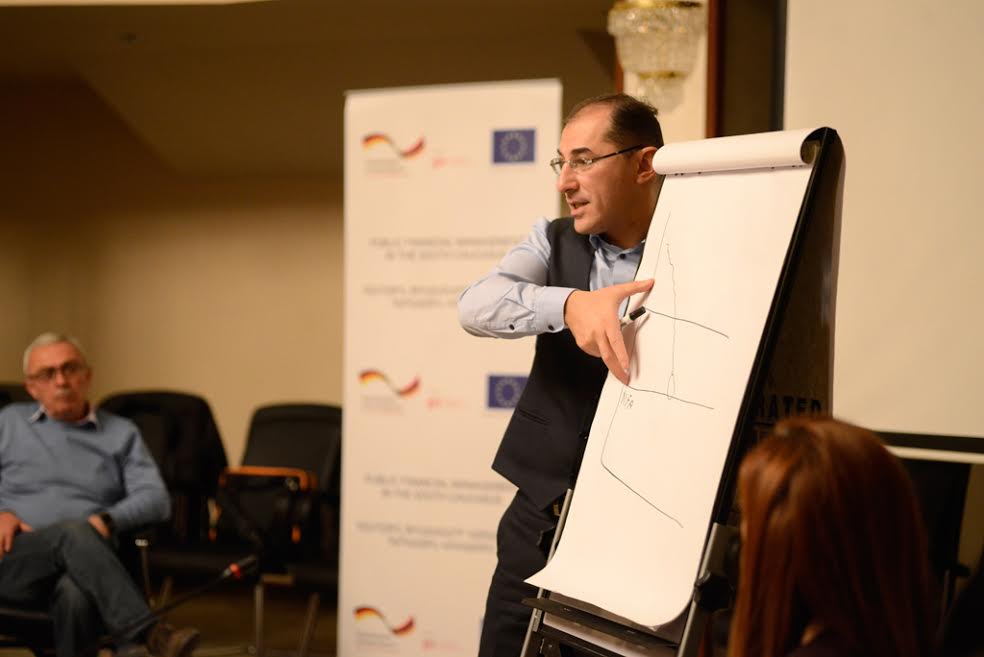 ArmInfo. Armenian Finance  Minister Vardan Aramyan disproves the whispers on state debt  restructuring, which  has been stated by him at a press-conference.

According to Minister's clarifications, the necessity of  state debt  restructuring rises in a result of incapability of the borrowing  country to pay own financial liabilities in conformance to initial  terms of loan allocation. This tool is also implemented in the case  of problematic liquidity. "taking into consideration the toolset and  the possibilities Armenia is having nowadays in respect both to the  debt maintenance and to the liquidity, as well as the fact that our  Republic is considered as a country with lower debt liabilities,  there is no logic in talking about the debt  restructuring," Aramyan  stated. As Minister mentioned, some facts of internal emissions   within the purpose of straightening cash flows could be wrongly  accepted  as a signal for possible restructuring.

Meanwhile, following the words of Arshalujs Margaryan, the Finance  Ministry State Debt Management Department Head, as per of October 31  the state debt formed USD 5 bln 607 mln. In the structure of the  state debt  the  governmental  part forms  USD 5 bln 108 mln,  USD 4  bln 45 mln of which is the external debt, and  USD 1 bln 63 mln is  internal. The Central bank debt is USD 499 mln, USD 148 of whch is  the government guaranteed loans part. In 2020 for the repayment and  maintenance of the debt about USD 921 mln will be drawn, USD 164 mln  of which should  be allocated for the interes rates payments.   Following Aramyan's clarifications, the repayment will not become a  heavy load for the budget, because the amount od USD 500 mln is  expected to be repaid with the Eurobond emission too. Anyway,  according to the Finance Ministry statements, there are many loans  yet to be borrowed and repaid until theb year of 2020.