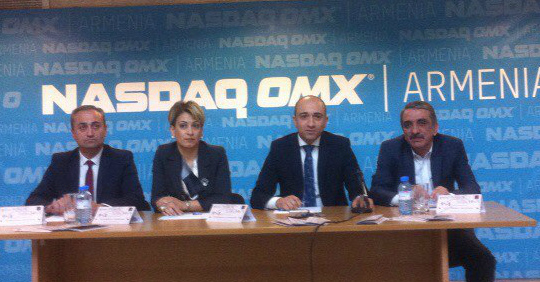 Placement will be organized by "RENESA" CJSC, which will act as a  market maker after the listing of bonds.

Answering to ArmInfo's correspondent's question Igraryan stated that  the funds attracted from placement will be used for development and  introduction of new credit products particularly, new consumer loans  with minimal risk.

After the first issue of bonds last year "GlOBAL CREDIT" UCO CJSC is  back to the market with new issues and increased volumes, which  indicates that the market is attractive both for issuers and  investors, said Mr. Karen Zakaryan, Deputy CEO of NASDAQ OMX Armenia.