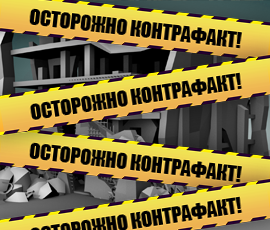 ArmInfo. According to the  World Trade Organization rates of growth of world trade will continue  to slacken and at the background of this amount of counterfeit  products will grow. According to the survey held in 2015 these goods  have already accounted for 3% of world trade, Minister of Economy and  Financial Policy of the European Economic Commission Timur Suleimanov  stated on November 22 within the plenary session of the 4th  "Anti-Counterfiet-2016" International Forum.

According to him in 2014 the amount of counterfeit products totaled  $250 bln, which grew by 84.4% in 2015 to $461 bln. "In order to  realize how serious the problem is one should know that $461 bln is  practically equal to GDP of a large European country", he stressed.  In the current conditions according to Suleimanov it is necessary to  develop methods for raising competitiveness and deepening cooperation  with partners. "It is not a secret that those countries, with which  we build or plan to establish free trade zones and sign agreements on  economic cooperation are unfortunately the main suppliers of  counterfeit products, including China-63% of counterfeit products in  the world, India-3%, Singapur-1.5%", he informed.  According to the  Minister on the current stage the partner countries should first and  foremost ensure protection of intellectual property and set norms of  customs cooperation.

Minister of Economic Integration and Reforms, Deputy Prime Minister  of Armenia Vache Gabrielyan for his part stated that for solution of  this problem coordinated actions are needed, which will be based on  principles of law, openness and integrity. "Recently an agreement on  coordinating actions on defending intellectual property rights in the  EEU countries has come into force, which will allow forming  coordinated policy in fighting lawbreakers in this field and develop  cooperation among the authorized bodies", he stressed.  During the  forum Armenia and Russia signed a joint statement on combating  illegal turnover of industrial products and deepening of integration  to develop interstate cooperation in this issue.