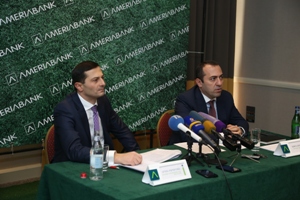 ArmInfo. Ameriabank extends the term of refinancing loans till January 31 2017, Ameriabank's Retail Banking Director Arman Barseghyan stated at the press conference on November 25. He explained that this decision was taken considering growth of demand on the lending market.

"Representatives of SME and physical entities can enjoy the offer. If they transfer their loans to our bank the conditions will be improved, particularly interest rates and repayment terms will be revised", he stated.

Barseghyan noted that via refinancing the client is given an opportunity to extend the term of loan repayment to 20 years based on the loan type, benefit from lower interest rates, change the loan currency, at the same time reduce the amount of monthly payments and efficiently manage own financial resources.