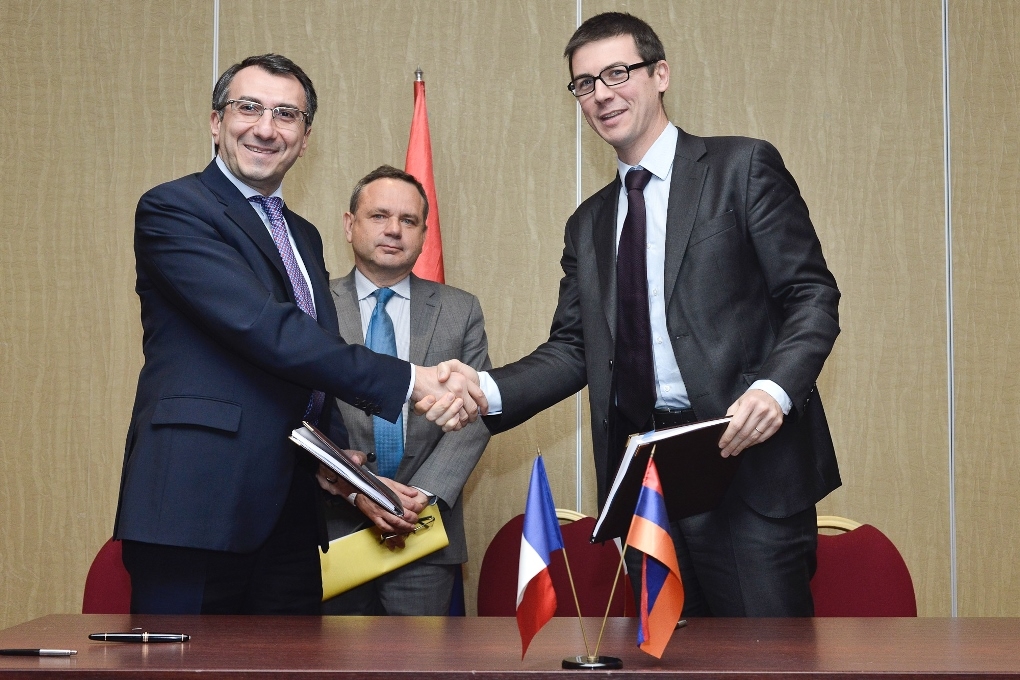 Guillaume Barberousse gave high assessment of Ameriabank's work  stating that he has followed Ameriabank's activities for recent 3-4  years and stressed that even during the recent 2 years, which were  economically difficult, Ameribank continued to develop retaining  leading position in the country's banking sector. The bank managed to  create strong financial structure due to good management and  experienced and qualified staff.

CEO of Ameriabank Artak Hanesyan in turn thanked the French partners  for high assessment and noted that within the agreement with Proparco  loans for SMEs will be long-term, financing will be made in USD and  interest rates will be affordable.  Touching upon the previous  agreement (signed in 2013 for $15 mln) Hanesyan emphasized that the  funds were successfully invested in economy, particularly in the SME  sector and contributed to opening of new job places. At the same time  he informed that the bank will continue to expand its activities to  that end and soon an agreement will be signed with another  international partner amounting to $70mln. Hanesyan attached  importance to certain reduction of demand on the lending market in  recent period and stated that the bank, considering the prospects of  economy development, expects that the demand will activate and grow.  "We will try to maintain leadership on lending market till the end of  the year. I can not give the exact forecast but I think that  Ameriabank will manage to increase growth rates of lending in overall  and lending to SME in particular, as this sector will be the main  priority for us", he stressed.

French Ambassador to Armenia Jean-Francois Charpentier was also  invited to the ceremony of signing the agreement. He gave positive  assessment to expansion and strengthening of Proparco's activities in  Armenia. Touching upon the previous agreement the French Ambassador  noted that 4 Armenian enterprises became beneficiaries within the  first loan agreement. The current agreement corresponds not only to  the policy of French Development Agency but also the Armenian  government, which considers energy efficiency and saving programs as  one of strategic areas of Armenia's economy development, the  Ambassador noted.

To recall, Proparco is a subsidiary of Agence Francaise de  Developpement (AFD) focused on private sector development. It has  been promoting sustainable economic, social and environmental  development practices for almost 40 years. Proparco provides funding  and support to both businesses and financial institutions across  Africa, Asia, Latin America and the Middle-East. In 2013 Proparco  signed its first credit facility agreement in Armenia and disbursed  15 million USD to Ameriabank for SME, energy efficiency and renewable  energy project financing.