Fitch for the first time ever rates Yerevan `B+`; Outlook Stable 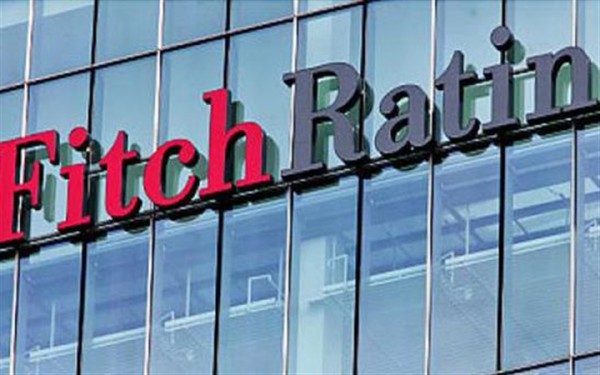 High In its base case scenario, Fitch expects the city to maintain satisfactory fiscal performance with an operating margin of 2%-3% in 2016-2018 (2011-2015: average 7.5%). The lower than historical margins will be driven by continued adjustment of the city's operating revenue to negative shocks resulting from the protracted slowdown of Armenia's economy in 2014-2015.  We also expect Yerevan to run a slight surplus before debt variation of 1%-2% of total revenue in 2016-2018, after an average deficit of 1% in 2011-2015.

Capital spending is likely to decrease slightly to about AMD7bn-AMD8bn in 2016-2017 (2015:  AMD9bn) before rising to about AMD10bn in 2018. It will likely remain at below 10% of total expenditure, significantly below the average of 22% in 2011-2015, when the city made material infrastructure investment funded by state transfers and donor grants. Fitch expects the city will continue funding capital spending predominantly with asset sales and capital transfers from the central government.

Fitch views Armenia's institutional framework for local and regional governments (LRGs) as a constraint on the city's ratings. It has a shorter track record of stable development than many of its international peers. Weak institutions lead to lower predictability of Armenian LRGs' budgetary policies, narrow their planning horizon and hampering long-term development plans.  The main challenge facing Yerevan is the low predictability of medium- and long-term policies, which are subject to central government decisions.

The city is free from any debt or guarantees, since forming a community in 2008. Statutory provisions of the national legal framework guiding debt or guarantees issuance restrict the city from incurring significant debt.

The city's liquidity position weakened in 2015 to AMD175m, from AMD941m in 2014 as Yerevan used its cash to fund capital spending. However, its average monthly cash balance improved to AMD3.2bn at end-9M16 from AMD175m in 2015, underpinned by a steady inflow of revenue sources. Yerevan holds its cash in treasury accounts as deposits with commercial banks are prohibited under the legal framework. Fitch expects the city's cash holdings to rise to AMD1.5bn-AMD3bn in 2016-2018, surpassing the five-year average of AMD1bn in 2011-2015.

Yerevan benefits from its capital status. It's the country's economic and financial centre and largest market with a developed services sector. Yerevan is the country's largest metropolitan area, where 36% of Armenia's population resides. However, the city's wealth metrics are low in the international context; Fitch estimates Yerevan's GRP per capita was AMD1.8m in 2015 (USD 3,770). The city's unemployment rate is high, averaging at 17.6% in 2011-2015, as measured by ILO-compliant assessment of the national statistics service.

The country's economy grew 3% y-o-y in 2015, underpinned by strong net exports. Fitch expects Armenia's economy to grow 3.5% in 2016 and 3.6% p.a. in 2017-2018. Armenia's economy was negatively affected by severe external shocks in 2014-2015, following a collapse in commodity prices, which depressed the country's major trade partners and reduced remittances inflows and exports.

According to analysts of ArmRating giving the rating to Armenia's capital is determined by Yerevan municipality's decision to enter the market of loan liabilities, though this decision has not been announced yet.