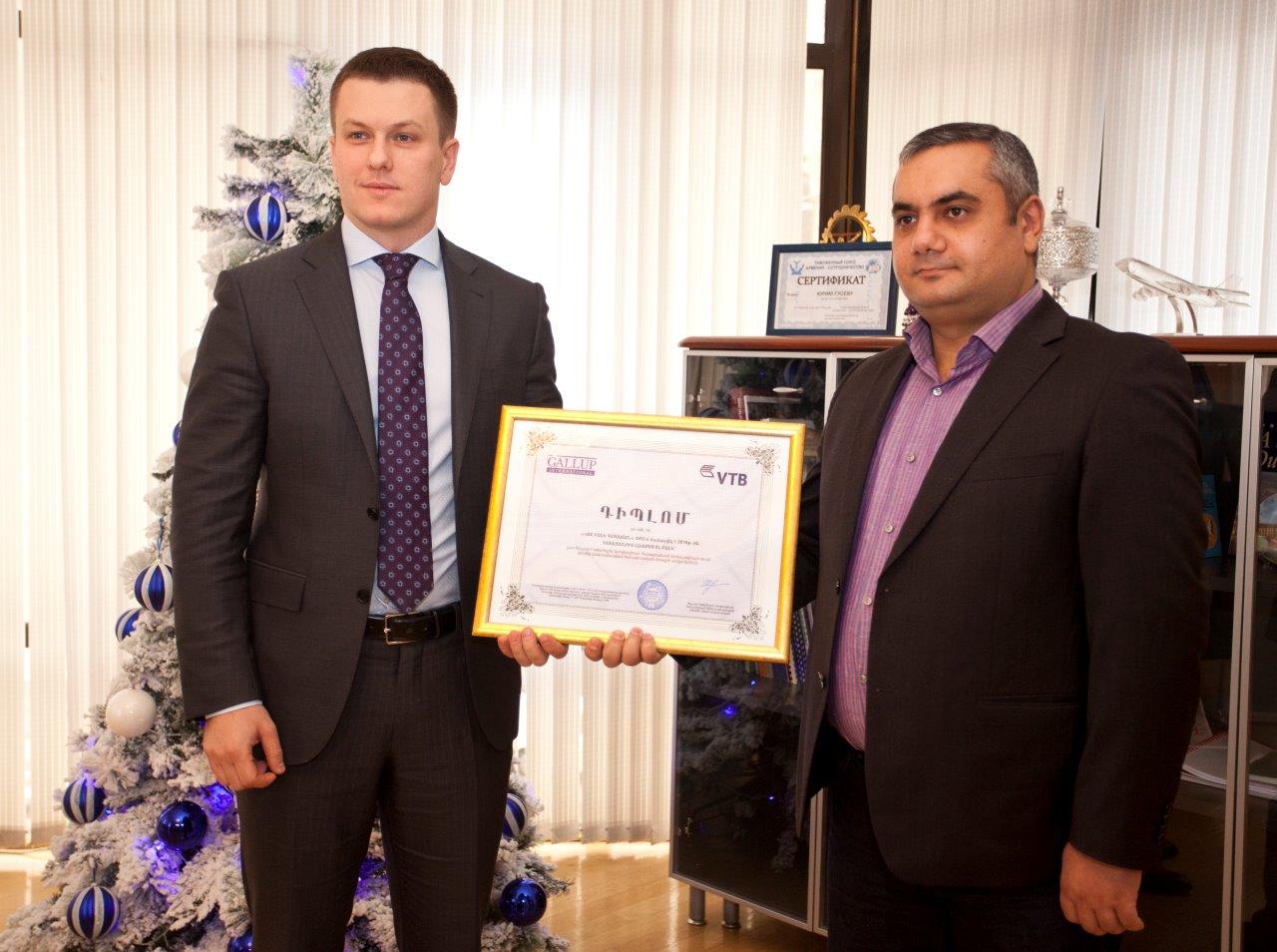 ArmInfo. VTB Bank (Armenia) has been recognized the best bank for the third year in a raw according to the survey conducted by the Gallup International Association (GIA) representative office in Armenia, the bank's press-service reports.

According to the source the poll was conducted in November 2016 among 1,104 respondents of various age groups all over Armenia, who were chosen randomly. The "face to face" interview method was used.

''VTB Bank (Armenia) has been awarded "the best bank" for the third year in a raw by the results of GIA survey. Population's acknowledgement, clients and partners' trust is the best evaluation of work of any organization.  The fact that we retain the position of the best bank in the country testifies to professionalism of our team. We have interesting prospects and global plans ahead and are convinced that we will further meet clients' expectations'', General Director and Chairman of board of Bank VTB (Armenia) Yury Gusev noted.

Director of Armenia's office of Gallup International Association Aram Navasardyan for his part added: '' I am glad to hand the diploma "Best Bank of Armenia 2016" to VTB Bank (Armenia), which has high position on the market having its partners and clients' credibility. I congratulate the leadership of the bank and its employees with the award and wish them new achievements", Navasardyan noted.

To recall, Bank VTB (Armenia) closed joint stock company became a member of VTB financial group in April 2004.  The second biggest Russian bank, Bank VTB ojsc is now the full owner of Bank VTB (Armenia). The bank is among leaders of Armenian banking system in a number of basic indicators. It currently has the biggest branch network in Armenia (67 branches) in Yerevan and all the regions.