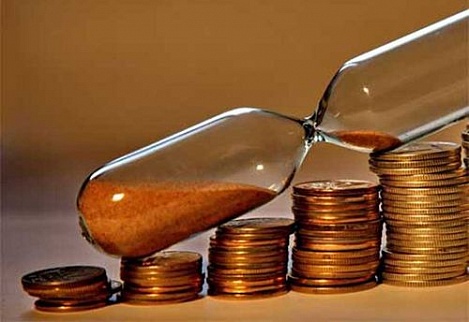 ArmInfo. During the last   week of December 2017, transactions on the forex interbank market of  Armenia decreased for 33%, following 60,3% growth growth  a week  before. In the meantime, the purchase and sale of USD and EUR  demonstrated  negative  dynamics amid the subsiding interest in RUR  operations.  As a result, during the reported  week AMD its position  against USD at  484 AMD/$1, depreciating against EUR from 504 to 505  AMD/1EUR .Earlier, in Jan- Sept 2016, AMD appreciated against USD  from 482 to 474 AMD/USD1, depreciating against EUR from 529 to 532  AMD/1EUR, and against RUR from 6.9 to 7.5 AMD/1RUR. In October AMD  devaluated against USD to 476 AMD/USD1, revaluated against EUR to 521  AMD/1EUR, while the AMD/RUR exchange rate remained unchanged - 7.5  AMD/1RUR.  This tendency continued in November.

In the first 10 days  of December the devaluation of AMD to USD  continued, within a simultaneous giving up to EUR and RUR, but in   the second decade AMD showed appreciation to EUR, keeping its  depreciation to RUR and keeping the rate in respect to USD, but in  the third decade AMD showed a tendency of slow devaluation to EUR,  keeping the positions to USD and RUR. In the first decade of 2017 a  sustainable devaluation of AMD was observed,  being at that more  sharp to  EUR than to USD and RUR.

At the same time, on the intrabank market USD purchase changed its  dynamics from 44% growth to 100% dropdown, within  a similar change  of trend in respect to  EUR purchase from  55% growth to 42%  dropdown. USD sales speeded up from 4% to 23%,  and the EUR  transactions increase  tendency slowed down from 23% to 11%.

At this, the intrabank RUR transactions with different dynamics  sharply increased: the purchase speeded up from % to 72%, and the  sales changed 3% dropdown to 33% growth.

During the reported week the USD and AMD based loans trend changed  from dropdown to increase.  Particularly, the volume of  of AMD  increased for 7%, and the amount of USD loans rose for 67%, meanwhile  a week ago the value  of AMD and USD based  loans showed dropdown for  14% and 24% respectively .