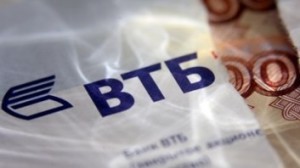 ArmInfo. VTB Bank (Armenia)  will not charge a fee for servicing Companion Card credit card during  the first year of using the card, while starting from the second year  the fee will be charged monthly or annually upon the client's choice.

The press service of the bank informs that the opportunity to receive  the card in parallel with the main loan is given to the clients, who  use one of the following credit products:  mortgage loan for buying  or building residential real estate, loan for reconstruction or  "Universal" consumption loan with no property collateral. If the main  loan is given to the client and his/her paying capacity is approved  by the Bank the client automatically receives a Companion Card.

According to the source Companion Card is given based on MasterCard  international payment system for 24 months with interest rate  starting from 19% of for loans in drams.  Accounts of the 4 main  currencies (drams, dollars, EURs and Rubles) are attached to the  card, due to which a client can save money on foreign exchange  transactions.  No additional documents are needed to receive  Companion Card.

Additional information about the terms and tariffs of the card can be  received in any branch of the Bank or by calling 87-87.