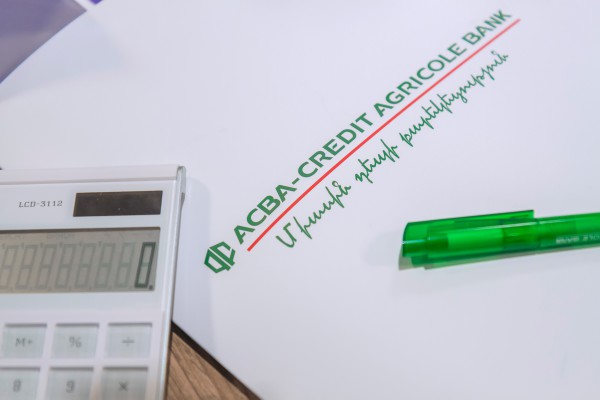 ArmInfo. A traditional leader on the agricultural lending market, ACBA-Credit Agricole Bank retained its position among TOP-3 in terms of total capital and among TOP-5 in terms of assets and liabilities by 1 Jan 2017. According to ArmInfo's Express Ranking of the Armenian Banks, the total capital of ACBA-Credit Agricole Bank amounted to 56.8 bln AMD or $117.4 mln (up 5.8% versus a year before). The accumulated profit and revaluation reserve grew by 14.8% and 29.4%, respectively, while the authorized capital and general reserve remained unchanged - 30 bln AMD and 4.6 bln AMD, respectively. In 2016 the total regulatory capital increased by 5.4% to 48.4 bln AMD. In 2011 the Bank doubled its authorized capital, using the major part of the accumulated profit and the share premium for that.

The general obligations of the Bank grew by 3.6% to 227 bln AMD or $469.1 mln due to similar growth in the customers' time deposits and call liabilities to 136.2 bln AMD ($281.4 mln) and 4.4% growth in the attracted interbank loans to 87.8 bln AMD ($181.4 mln). In terms of the loans attracted from international financial institutions the Bank retained its position among the TOP-5.

The assets of the Bank had higher growth rates than the liabilities; therefore, the financial result for 2016 rose from negative 40 mln AMD to positive 2.2 bln AMD. In particular, non-interest revenues increased by 26.3%, while the non-interest expenditures grew by 10.7%. The fee revenues rose by 9%, while the fee expenditures were up 38.5%; the operating income and expenses grew 2-2.3-fold, while administrative expenses dropped by 7.7%. In the meantime, interest revenues and expenditures fell by 2% and 9.5%, respectively.