Vardan Aramyan: Decrease of direct taxes and increase of indirect taxes to become an important thesis of integrated development program of Armenian economy 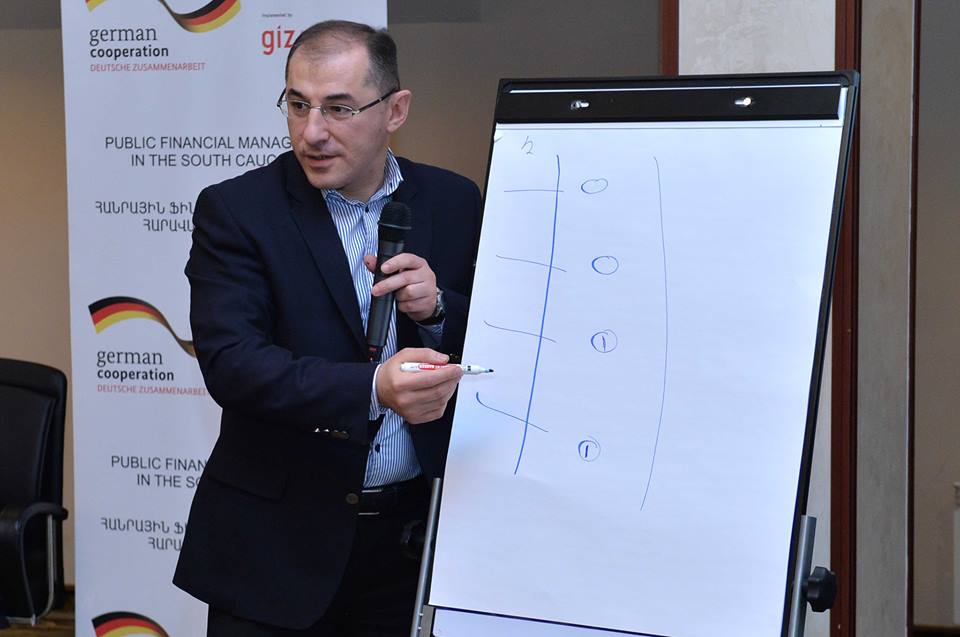 ArmInfo. At the moment various state structures responsible for the economic policy in the country are working to revise the tax legislation of Armenia in various dimensions, Armenian Finance Minister Vardan Aramyan has told ArmInfo.

To recall, on 19 Sept 2016, the National Assembly of Armenia adopted the new draft Tax Code by 79 pros, 24 cons and 1 abstention. The Code caused the discontent of the business community, which considers the document to be unable to contribute to economy development.

Vardan Aramyan says that the document was adopted following 3-year discussions. "The thing is that some provisions of the law were far from satisfying everyone," he says, noting that in the future, if Armenia decides to change the main vector of its economic policy, the need may arise to revise a number of provisions of the Tax Code as well.

The minister abstains from specifying the provisions to be amended.  But he says that a special structure has been set up at the Finance Ministry that involves businessmen and representatives of the state structures concerned, which are to improve the tax field. "I'd like to assure you that the Council under the Finance Ministry works very effectively and I think within the next few months we will have a number proposals stemming from the concept the new government is guided by, particularly, the policy aimed to promote exports," Aramyan notes.

He points out that if the citizens express a vote of confidence to the new government (after the parliamentary elections in April - editor's note), an integrated economy development program will be presented and it will become the key component of the new program of the government. "Decrease of part of the direct taxes and increase of indirect taxes will become an important thesis of the integrated development program of Armenian economy to enhance the efficiency and to promote export," he says.