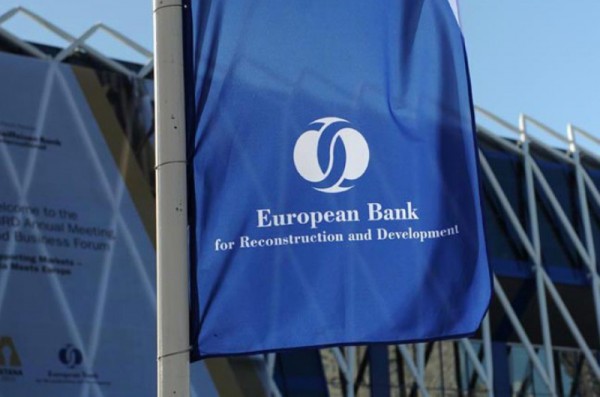 ArmInfo. The European Bank for Reconstruction and Development (EBRD) is ready to provide credit funds to large agricultural enterprises of Armenia. On March 13, EBRD regional director for agribusiness Nadia Petkova said during a meeting with the Minister of Agriculture of Armenia Ignati Araqelyan.  According to her, in this issue the EBRD counts on the assistance of the Armenian Ministry of Agriculture.

As the Ministry's press service reports, in his turn, the Minister Araqelyan noted that currently in the development stage are projects in the field of agriculture, which are to be implemented in the short term.  On December 15, 2016, it was reported that the EBRD, through a local currency financing program, provides ACBA-CREDIT AGRICOLE BANK with a loan in the amount of Armenian AMD equivalent to $ 8 million.  These funds will contribute to the development of the private sector in Armenia, special attention will be paid to micro, small and medium-sized businesses (SMEs), as well as to companies run by women.  An amount equivalent to $ 5 million in loans will be provided to viable and developing SMEs, for which availability of financing, especially in local currency, remains limited. In addition, the program will assist women's entrepreneurship in Armenia by providing loans to SMEs headed by women for an amount equivalent to $ 3 million. The bank also provided a $ 10 million AMD loan to Ameriabank to finance small and medium-sized enterprises in Armenia, which are owned by women. The loans are provided under the "Women in Business" program, which currently covers the "Eastern Partnership" countries.

The EBRD "Women in Business" program was modified to strengthen the role of women in the economic sphere. So far, it has successfully funded in 25 countries. The program allows to ensure availability of financing through lending to local banks, provide consultations, provide re-qualification and assistance to women leaders and entrepreneurs.

To recall, the financing of the agricultural sector of Armenia was carried out, including by providing commercial banks of the country with loans provided earlier by international financial institutions.  Meanwhile, speaking at a press conference in Yerevan on February 16, Armenian Minister of Agriculture Ignaty Araqelyan said that he does not know how to solve the problem of high interest rates of agricultural loans. "I do not have a solution, this is the most difficult issue today, not the Ministry of Agriculture, but the Central Bank and other banks should be engaged in this. I know that the discussions are underway, ", Araqelyan said. He noted that banks are also in a difficult situation. They have unreturned loans.  Speaking about non-creditworthy farmers who take loans at high interest in commercial structures (up to 24%), Araqelyan said that this is a personal choice of the latter. Since the beginning of its operations in Armenia in 1993, the EBRD has invested more than 1.11 billion EUR in 153 programs in the financial, corporate, infrastructure and energy sectors of Armenia, with 88% of this investment coming from the private sector.