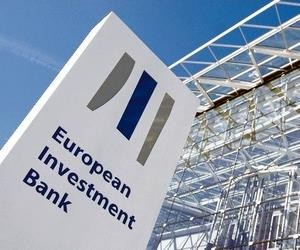 ArmInfo. The European Investment Bank is interested in investing in the energy sector of Armenia. On March 24, during the meeting with the Minister of Energy Infrastructures and Natural Resources of the Republic of Armenia Ashot Manukyan, Vice-President of the Bank Vazil Hudak stated.

During the meeting, as the press service of the ministry reports, the issue of expanding the EIB's participation in investment projects implemented in Armenia was discussed. Vazil Hudak expressed the readiness of the EIB to invest in these programs. The bank is interested in projects both in the sphere of alternative energy, and in the creation of other capacities. Vazil Hudak expressed readiness for cooperation at various levels, including in the public-private partnership sector.

In his turn, Ashot Manukyan presented to the guest those programs implemented in the energy sector, within the framework of which Armenia would like to cooperate with the Bank. They concern both the creation of new capacities and the modernization of existing ones.

Earlier, documents were signed in Yerevan aimed at financing by the EIB, of a number of projects in Armenia. In particular, the loan agreement for the Caucasus Transmission Network program, the memorandum of understanding on the Caucasus Transmission Network (Armenia-Georgia and the corresponding substation), the investment agreement between the Armenian Ministry of Energy and Natural Resources and the Ministry of Energy and Natural Resources of the Republic of Armenia EBRD/E5P.