Ameriabank strengthened its leadership in 2016 in terms of key indicators, while accelerating turnover of retail business

ArmInfo.Ameriabank strengthened  its leadership in all the key indicators in 2016, accelerating the  turnover of the retail business. As the press service of the Bank  told ArmInfo, the deposits of physical persons (on-demand and urgent,  including borrowing on bonds of the bank) increased by 19% in 2016 to  170.607 billion AMD, along with retail loans increased by 26% to  60.240 billion AMD.

Ameriabank for the first time in the history of the Armenian banking  system managed to achieve unprecedented volume of loans, which as of  January 1, 2017 exceeded $ 1 billion. In 2016, Ameriabank was the  leader in all key indicators: assets, liabilities, loan portfolio,  deposits, profits and capital.

To note, "Ameriabank" CJSC is a universal bank that provides  investment, corporate and retail banking services in the form of a  comprehensive package of banking solutions. The bank has been  operating in the Armenian market since October 31, 1996. The branch  network of Ameriabank includes 12 divisions, 8 of which are in  capital and 4 in regions. As of January 1, 2017, the Bank's  shareholders are Ameri Group with 65.8% equity interest, EBRD - 20.7%  and ESPS Holding Limited - 13.5%. 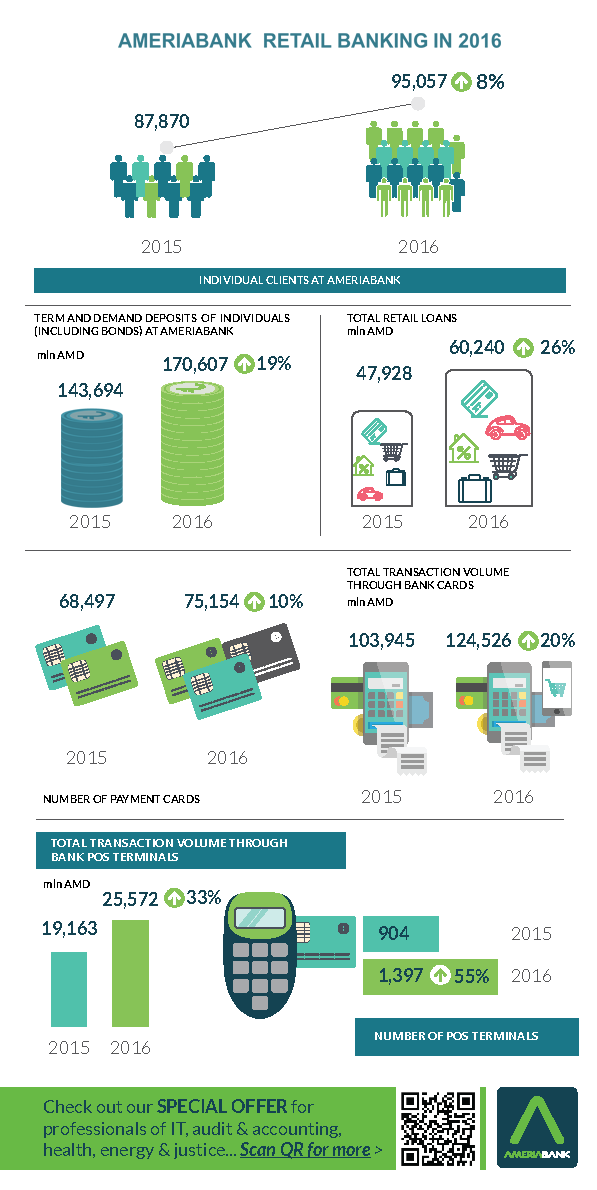