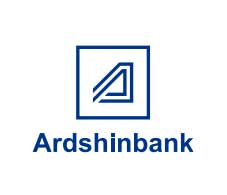 ArmInfo. Ardshinbank, according to audited results of activities, by the results of 2016, leads among TOP 3 banks, continuing to demonstrate stable growth. Net profit of Ardshinbank only (excluding the result of consolidation with Areximbank) amounted to 4.1 bln AMD by the end of 2016, and exceeded 22 bln AMD (the 1st position in the market) on the consolidated balance sheet. The text follows consolidated indicators.

Ardshinbank managed to increase assets by 37% in 2016 up to 548.4 billion MAD (the 2nd position in the market), thanks to the growth of the loan portfolio by 30.4% to 358 billion AMD (the 2nd position). The total capital of the Bank increased in the reporting year by 47.7% to 71.5 billion AMD, and this indicator was provided with leadership. In the total capital structure of the Bank over 63% accounted for the accumulated profit, the absolute value of which increased by 90% in 2016 to 45.2 billion AMD with the consolidation of the championship in the market. Total liabilities of the Bank grew by 35.5% in 2016 to 476.9 billion AMD, in the structure of which the share of customer accounts (term deposits and demand deposits) accounted for more than 62% or 297.7 billion AMD with an annual growth of 45.9%. The volume of attracted interbank loans increased by 40.7% to AMD 127.7bln in 2016, and taking into account the funds received from the placement of its own bonds, this figure amounted to 177.1 bln AMD with an annual growth by 21.3%.

Ardshinbank attracted long-term resources from international financial institutions for $ 30.5 million in 2016. As the press service of the Bank explained, $ 10 million was provided by WBC (American private financial company World Business Capital) and BSTDB (Black Sea Trade and Development Bank), $ 8.5 million by Commerzbank and $ 2 million by ADB (Asian Development Bank). Moreover, the guarantee provided by WBC funds was made by the Overseas Private Investment Corporation (OPIC).

To note, Ardshinbank CJSC (formerly called Ardshininvestbank before November 2014) was founded in 2003. Following the merger with Areximbank-Gazprombank Group in December 2016, now Ardshinbank has 72  branches (56 of its own and 16 Areximbank branches) and a representation in Paris. Due to the merger, Ardshinbank has become a leader in terms of the branch network in 2017. By the key balance sheet parameters, Ardshinbank is among the Top-3 banks of Armenia.  The shareholders of Ardshinbank are the Center of Business Investments LLC - 97.52%, Aram Andreasyan - 1.57%, Karen Safaryan (RF) - 0.37%, Rudik Mkrtumyan and Khachik Zakaryan - 0.27% each, and  International Business Center CJSC JV - 0.0005%.