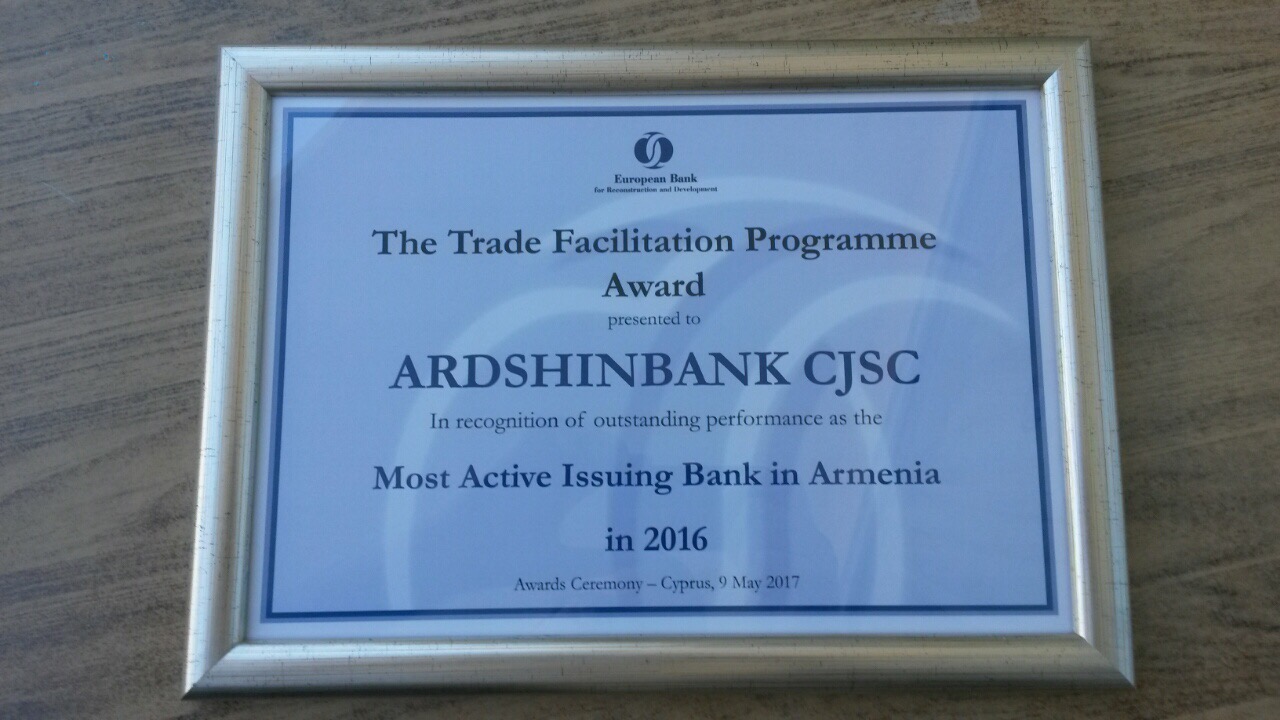 ArmInfo. The European Bank for Reconstruction and Development (EBRD) named Ardshibank as the “Most Active Issuing Bank in Armenia in 2016” under the EBRD’s Trade Facilitation Program (TFP). Ardshinbank won the EBRD award based on the number of trade-related guarantees executed during 2016.

The award was handed to Mr. David Sargsyan, Chief Financial Officer of Ardshinbank during the TFP Awards Ceremony which took place on 9 May 2017 in Nicosia, Cyprus as part of the EBRD Annual Meeting and Business Forum.

“Ardshinbank is one of EBRD’s local partner banks, and we are pleased that it is using the TFP very actively. Through the TFP, EBRD aims to boost intra-regional trade and contribute to the development of trade links between Armenia and its key trade partner countries. Developing trade is an important way of strengthening the local economy,” said Mike Taylor, EBRD Director for Financial Institutions in the Caucasus and SEMED.

Ardshinbank being the second largest bank in Armenia has one of the broad sales network comprising of 66 branches. Ardshinbank is the only private entity in Armenia with assigned ratings from two international major rating agencies (Moody’s and Fitch) equal to the rating of Sovereign. For further information please visit www.ardshinbank.am or call (+37412) 22-22-22

The European Bank for Reconstruction and Development (EBRD) was established in 1991. The EBRD is owned by 65 countries from five continents, as well as the European Union and the European Investment Bank. You can find more information on EBRD at www.ebrd.com