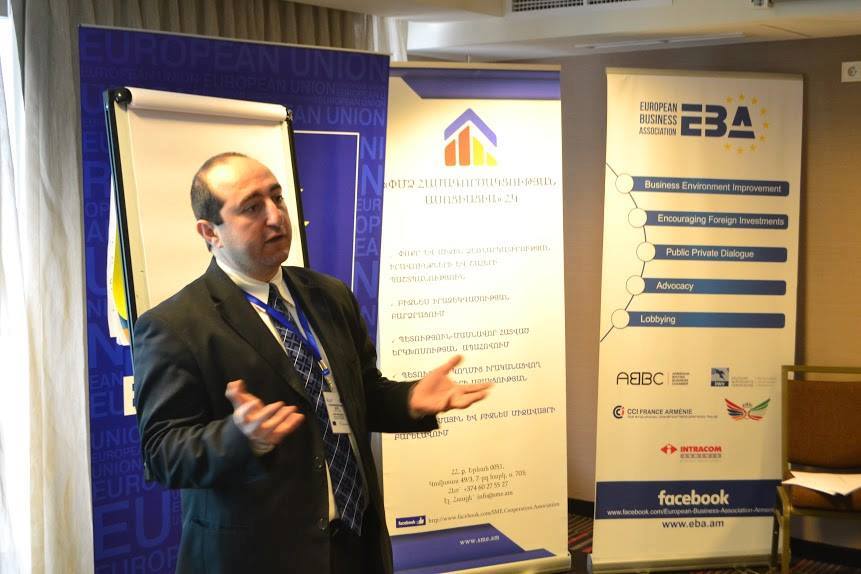 ArmInfo. The new chairman of SMEs Cooperation Association became Artak Manukyan, was stated during third annual congress of the Association on May 12.  The previous chairman Hakob Avagyan was nominated for the post of the chairman, but he refused, which resulted Council members approval of A. Manukyan candidature with 5 votes.

They made the decision to introduce a new approach to the SMEs rights' protection process, while noting a significant contribution of ex-chairman to the development of the Association.  Expressing gratitude for the years of cooperation to the members of the Association and partners, Avagyan said that the great achievement, in his opinion, is an increase in the number of participants of the Association from 7 during the start to the current 620. "During my chairmanship, I spent more time on" fires suppressions", Manukyan has another approach - more strategic,"he added.

At the same time, Avagyan as recent achievements, noted the set of a dialogue between the state and the private sector, constitutional changes, proposals and changes on the part of SMEs in the newly adopted Tax Code, over 20 seminars and consultations in Yerevan and Armenian areas, anti-corruption activities, support Domestic producer within made in Armenia project, international integration through cooperation with similar entities in Ukraine, Georgia, Belarus, Estonia. Concerning cooperation Avagyan explained that with the assistance of the Association they managed to arrange export of Armenian SMEs products to the Estonian market.

At the same time, ex chairman noted the work with the Syrian Armenians. According to him, for today , 72 to 80 Syrian businessmen are involved in the Association, for who, through dialogue with the public sector, it became  possible to resolve the issue concerning the prolongation  of credit payments terms, meetings were also organized in the B2B format with the  representatives of the food service and auto-service sector, so that the business of the majority of Syrian Armenians is concentrated on these very segments. "Today, the struggle continues with the Yerevan city administration  to provide 25 permanent seats to the Syrian Armenians at the Vernissage exhibition," Avagyan said, noting that today Armenian businessmen from Syria have only 10 places without the opportunity to sell their products on weekends.  What about the budget, Avagyan informed that 90-100% of the Association means are investments of the participants, particularly the total extent by the results of 2016 formed 1086.000mln AMD.