Gagik Minasyan: The main task of the Power is to minimize the shadow turnover in Armenia 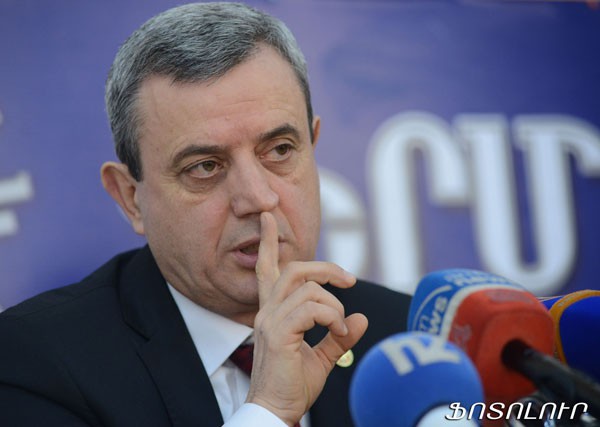 ArmInfo. The main task of the authorities is to minimize the shadow turnover in Armenia, Head of the Standing Committee on Financial and Budgetary Affairs of the Armenian Parliament Gagik Minasyan stated at a press conference.

He noted that this year Armenia recorded economic growth, which affected almost all areas, and this, in turn, will lead to an increase in state revenues. In particular, Minasyan thinks that the sphere of construction is developing at the moment. "I think that in the near future new financial opportunities will appear in Armenia," Minasyan said.

He also stated that the question of investments attraction is of great importance. The problems, according to Minasyan are connected with the fact that the investor considers all the advantages and disadvantages of the economy of the state. "In our case it is the undeclared war and the blockade of the state borders of Armenia.  However, in near future laws are to be adopted which will stimulate the development of the business in Armenia, for businessmen certain privileges are to be implemented and that will create attractive business environment for investments. Another non attractive thing in Armenia about this is the inner market, we must work harder to develop the inner market", the Deputy noted.