Armenian Finance Ministry: the range of customers - users of the electronic procurement system for  2017 increased by 250 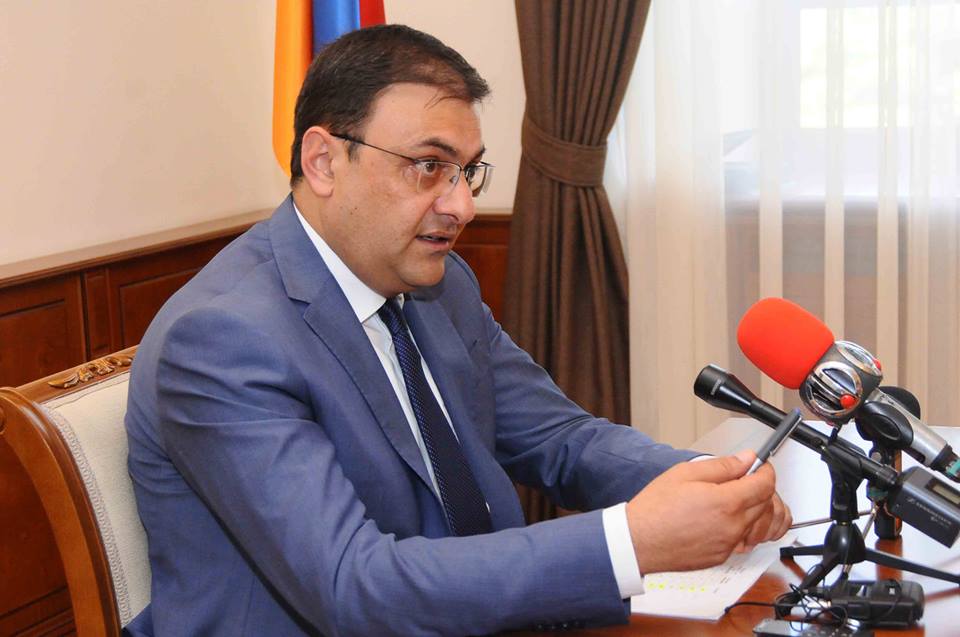 ArmInfo. Armenian Finance Ministry by  the end of June plans to launch an updated web portal - a public procurement guide gnumner.am, which will simplify the process for its participants. With the assistance of the German Society for International Cooperation (GIZ), starting from June 12, training courses for procurement specialists will be launched. Head of the State Internal Financial Control and Public Procurement Department of Armenian Finance Ministry  Sergey Shahnazaryan told journalists on June 9 at a press conference. The representative of the Ministry of Finance once again announced positive innovations in the sphere of purchases, as well as the positive developments that have been outlined to date.

According to him, for  today conditions for participants of the process are simplified  - quality standards are not applied for purchases of up to 5 million AMD. As a result, the list of necessary documentation for participation in the contest for entrepreneurs of small and average  businesses has been significantly reduced. The innovations also touched upon those who had no opportunity to take part in the contest, even for the reason of a one-time overdue tax debt to the state. According to the new law, an opportunity is provided to the business owner if the overdue tax liability does not exceed 50,000 AMD.

According to the results of the legislative reforms,as Shahnazaryan stated, Finance Ministry for a year significantly increased the number of customers - users of the electronic procurement system, if in 2015- 2016 there were about 130, in 2017 the indicator was equal to 380. Since 2017, the World Bank will also implement  purchases in Armenia on the electronic public procurement platform of Armenia.  Similar negotiations are also conducted with the office of the Asian Development Bank and other international donor organizations.

According to Armenian Finance Ministry representative, Armenia in 2016 compared to the previous year reduced purchases from one person by more than 2.5 times - in the total volume of tender purchases indicator last year amounted only 7.2% or 6.6 billion AMD, while in 2015,this figure was 21.2 billion AMD or 18.3% of the total volume of public procurement. "We expect that 2017 will be completed with lower indicators for urgent purchases from one person," Shahnazaryan said. In addition, by the end of the year there was an increase in the degree of competition - the average participation in open tender procedures was 6.4 organizations per 1 competition, while in 2015 this indicator was 3.4 for the competition. And this, despite the fact that total number of participants in the annual tenders has decreased, reaching 744 contractors last year compared to 2015, from 7591 to 6847, which, according to the department, is associated with a reduction in the overall budget. This year it is also expected to reduce the budget - from 90.5 billion AMD in 2016 as part of competitive purchases (excluding secret purchases) to 87 billion AMD in 2017. But, according to Sergey Shakhnazaryan, this will not affect the amount of participation, since all steps taken by the Ministry of Finance are aimed at activating and expanding the circle of participants in the process by increasing its transparency.

The new law adopted by  Armenian Parliament by the end of  2016, fully entered into force on April 25, 2017. The Armenian Government has simplified the procedures - the number of Government purchases is limited to four (instead of previous 7) - an electronic tender, a tender, quotation and purchases from one person. The law, as the responsible persons stated , is primarily aimed at increasing the efficiency of the use of public funds and leveling corruption risks by ensuring transparency of procedures throughout the chain, creating equal competitive conditions for all participants in the process, accountability of persons participating in it and the availability of all information on the electronic site armeps.am.  To note,  the first law in the field of procurement in Armenia was adopted in 2000. And although the subsequent law laid down the basic ideas and principles of public procurement, until 2010, purchases for state needs were implemented  in a centralized manner. The current law is the fourth.