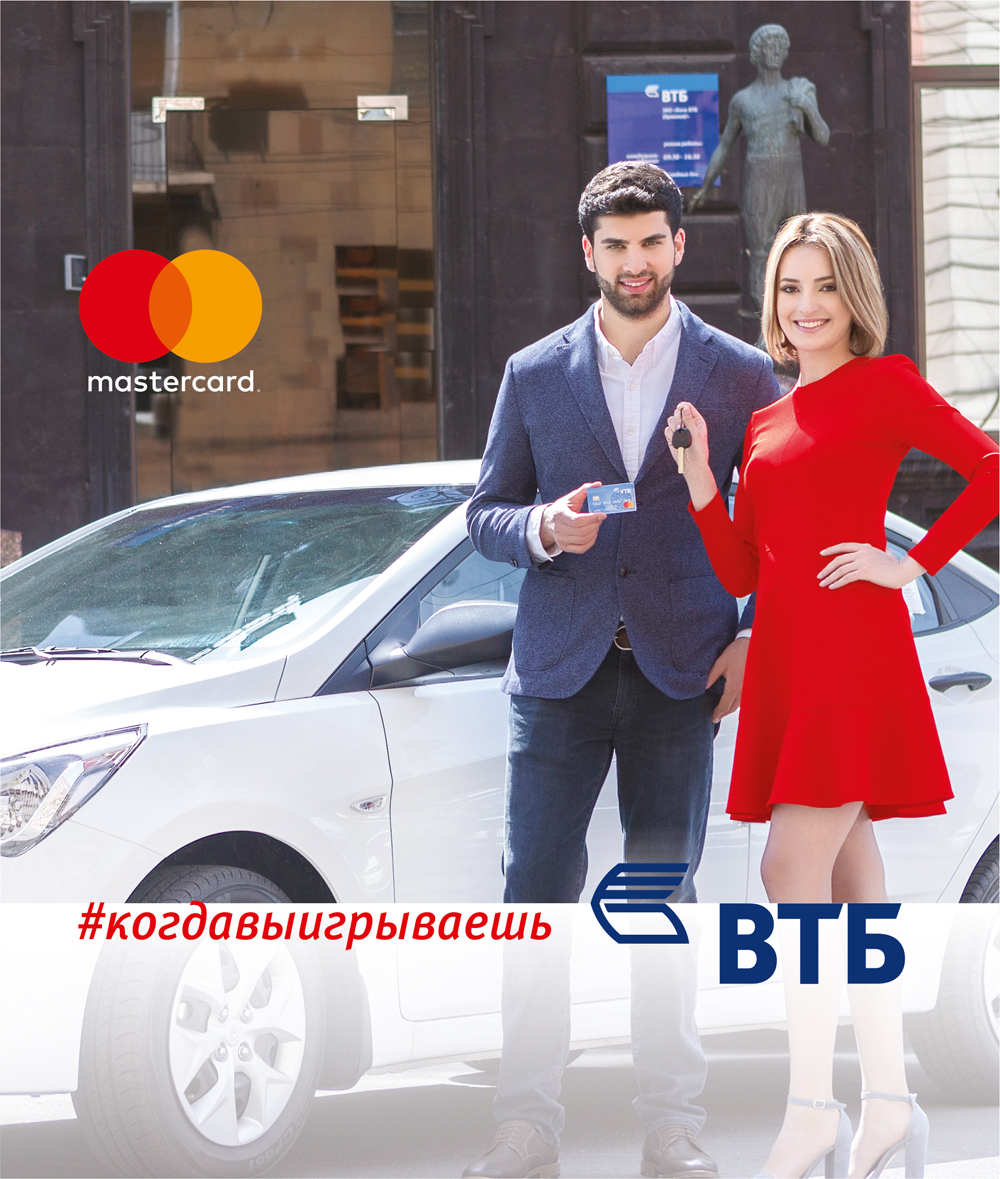 ArmInfo. VTB Armenia Bank together with MasterCard international payment system announced the launch of regular stimulating company of non-cash payments, which will last till September 10 of the current year.

According to the Bank's press service, Cirrus® / Maestro® cards, MasterCard Standard® and MasterCard® Gold cards of VTB Bank (Armenia) can participate the campaign, and those who during the period of the promotion will purchase a MasterCard card in the Bank. Within the framework of the campaign, from June 10 to September 10, cardholders need to make non-cash payments in the amount of 300,000 AMD or more at all trade and service outlets of Armenia and abroad, as well as on the Internet. After the end of the campaign, 100 most active cardholders will take part in drawing 10 certificates for the purchase of household appliances, as well as the main prize - the car Hyundai Solaris. The lottery draw will be broadcasted live on television.

With the detailed terms of the campaign, when you win, you can get acquainted on the website of VTB Bank (Armenia) www.vtb.am, at the branches of the Bank, or by calling the VTB Bank (Armenia) Unified Information Service at 87-87.

According to the 15th launch  of the analytical survey "Armenian Banks in the Card Business" prepared by IC ArmInfo, VTB Bank (Armenia) holds the leading position in the plastic market not only in terms of the number of active cards (both general and separately for Visa and MasterCard), but on the volume of transactions, both general and ATM. So, on April 1, 2017 the bank has about 313 thousand cards, of which more than 56% or 175.6 thousand units - Visa, and the rest is almost 44% or 137.4 thousand units- MasterCard. On an annual basis, the bank increased the MasterCard number by 75.3% or by 59 thousand units. The volume of plastic transactions on the cards of VTB Bank (Armenia) for 2016 exceeded 222 billion AMD (with an annual growth of 5.7%), of which almost 205 billion AMD are ATM transactions (with annual growth of 7.4%). As of April 1, 2017, the bank had 333 own POS terminals and 157 ATMs.  Until 2013, VTB Bank (Armenia) issued and serviced only international VISA cards, after which, starting from September of the same year, becoming a full member of the international payment system MasterCard Worldwide, started issuing and servicing Cirrus / Maestro, MasterCard Standard and MasterCard Gold cards. Along with this, the bank also serves local ArCa cards. The bank has its own processing. VTB Bank (Armenia) is a full member of the international payment systems VISA International and MasterCard Worldwide.