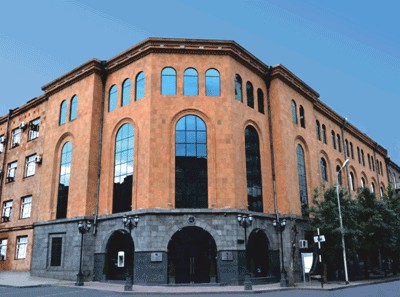 ArmInfo. Starting from Juny 13,  2017, USD denomintaed coupon bonds issued by "ANELIK BANK" CJSC will  be listed on NASDAQ OMX Armenia and included in the bonds main Abond  list.  According to the exchange press service, listed securities  comprise 50,000 coupon bonds with nominal value of USD 100, coupon  rate of 6.25% and maturity period of 2 years. The bonds (ISIN -  AMANLBB22ER2) will be traded under ANLBB2 ticker symbol and will be  allowed to manual and REPO trading as well.

Now, taking into account this issue, three tranches of Anelik Bank  coupon bonds are listed on the NasdaqOMX Armenia stock exchange: two  dollars at $ 5 million and AMD 1 billion in AMD. The first tranche of  bonds (dollar) was issued for the first time in its history by Anelik  Bank in December 2016, with an annual yield of 6.5% and a maturity of  2 years. Listing on the exchange the first issue was held on January  20, 2017 and is listed in the main list of Abond. The third issue is  AMD, released on March 15 this year. With the completion of the  primary placement on April 12, began to be quoted on the exchange  since April 27, 2017. Taking into account the 3 issues of Anelik Bank  bonds on the NASDAQ OMX Armenia, as of June 13, 2017, 32 issues of  corporate bonds of 11 issuers are quoted. Of these, 20 issuing  (including 16 dollars) were made by 7 issuing banks: Araratbank,  Ameriabank, Armswissbank, Armbusinessbank, Anelik Bank, Unibank and  Converse Bank.

"Anelik Bank" CJSC was founded in 1990 August 1, by enterprises and  organizations of Light Industry as a Shareholding Commercial Bank. In  1996 the shareholding commercial bank "Anelik" was registered  (License # 9 of the Central Bank of the RA) and since then has been  operating as "Anelik Bank" Limited Liability Company. In 2007 "Anelik  Bank" LTD was reorganizaed into Closed Joint Stock Company.