Armenia and Tajikistan intend to expand trade and economic cooperation 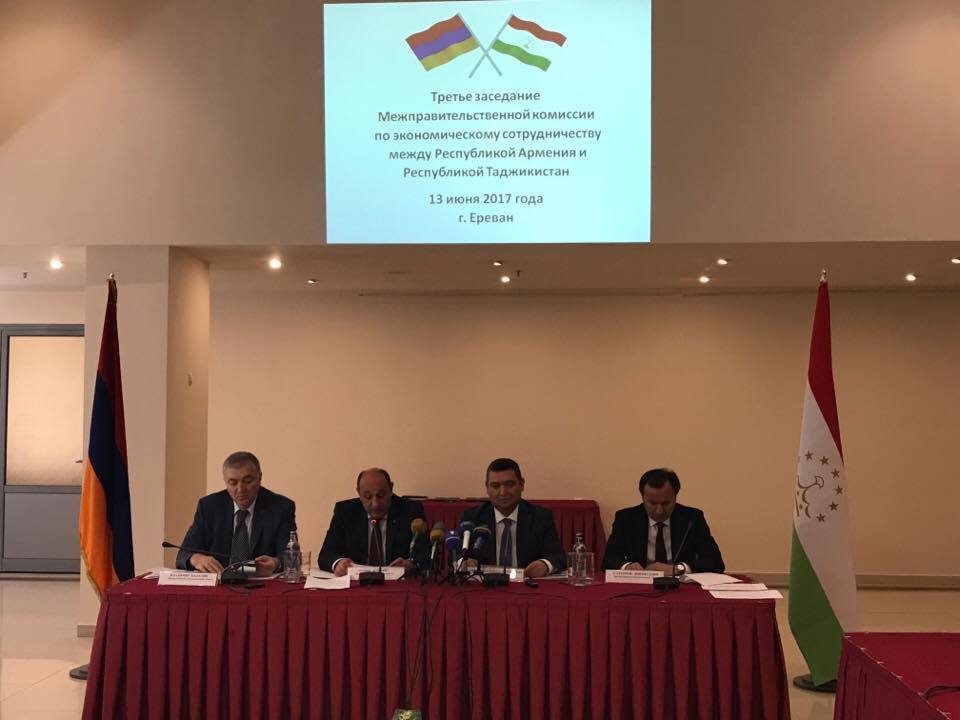 ArmInfo. The indicators registered  in the trade and economic sphere do not reflect the real potential of  the Armenian-Tajik relations. Such point of view was expressed by the  Minister of Economic Development and Investments of Armenia Suren  Karayan and Nematullo Hikmatullozoda on the margins of the third  meeting of the intergovernmental commission on economic cooperation  on June 13 in Yerevan.

According to the Armenian Minister, the current trade turnover  between Yerevan and Dushanbe at $ 350- 380 thousand does not  correspond to the potential of both countries. In order to use real  potential and identify promising areas of cooperation, as well as a  specific list of export goods, a decision was made to set up a  working group. Within the framework of the working group, the parties  will try to eliminate all obstacles to the expansion of the  export/import process. These steps, according to Karayan, will allow  to bring the trade and economic relations of the countries to a  qualitatively new level.

At this stage, as the head of the Ministry for Development and Trade  said, the Tajik side expressed interest in implementing joint  programs in the field of industrial cooperation, in particular in the  sphere of light industry, jewelry, and IT.

In his turn, Minister Hikmatullozoda noted that over the past 25  years of establishing diplomatic relations between the two countries,  the development of bilateral relations has had a positive dynamic.   "Unfortunately, the current level of trade and economic cooperation  leaves much to be desired, since the volume of mutual foreign trade  turnover is only several hundred thousand US dollars." One of the  reasons may be the failure to conduct intergovernmental committee  meetings during the last 12 years," he said, adding, that it was for  this reason that a decision was made to raise the level of  co-chairmanship of the commission to responsible ministers. At the  same time, Nematullo Hikmatullozoda emphasized solidarity with the  Armenian side in building up economic ties, which "meets the  interests of not only the two countries but also the region as a  whole."

After the meeting, a protocol of intent was signed, as well as a  memorandum on cooperation between the ministries of the two  countries.