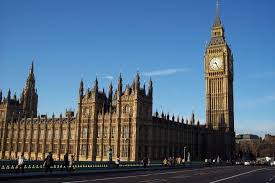 ArmInfo. British companies show big  interest in direction of implementing investment programs in industry  and energy spheres of Armenia, Ambassador Extraordinary and  Plenipotentiary of the United Kingdom of Great Britain and Northern  Ireland to the Republic of Armenia Mrs. Judith Margareth Farnworth  stated during the meeting with Prime Minister of Armenia Karen  Karapetyan.

According to the press service of Government, Karen Karapetyan, nting  that this year marks the 25th anniversary of diplomatic relations  between Armenia and the United Kingdom, the Prime Minister stressed  that a rich experience of cooperation has been built up over the past  period. Highly appreciative of the assistance provided by the United  Kingdom with a view to implementing economic and democratic reforms  in Armenia, Karen Karapetyan said the Government of the Republic of  Armenia is keen to expand the ongoing cooperation, especially in the  economic sphere. In this context, the Prime Minister touched upon the  steps aimed at improving the business environment and the new  Government Program. The Premier stressed that the new Program clearly  states the Government's vision of and the ways for developing our  country. n turn, noting that the United Kingdom is interested in the  development of cooperation with the Government of the Republic of  Armenia in specific areas, Judith Margareth Farnworth advised that a  program of increased assistance for Armenia's judicial and legal  system reform and the fight against corruption has already been  approved. The Ambassador stressed that several British companies are  interested in implementing investment programs in industry and the  energy sector.  Hopeful that the March, 2017 meetings between 17  Armenian and 100 British IT companies would lead to the signing of  business contracts, Mrs. Farnworth said that concrete steps are being  taken to that effect. Noting the importance of bringing in British  capital and business management culture to our country, Karen  Karapetyan stressed that the Government of Armenia is open for close  cooperation in specific areas.