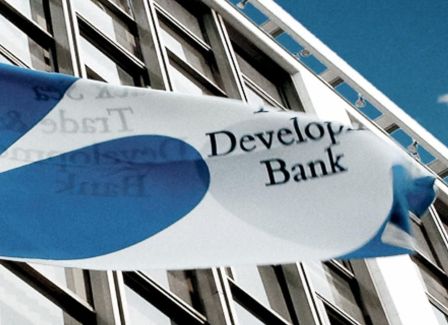 ArmInfo. Armenia's bond market  is well organized, and the environment created by regulators helps  attract investors. This opinion was voiced by the chief treasurer of  the Black Sea Trade and Development Bank (BSTDB) Christopher Best on  June 29 during a press conference timed to the placement of the first  AMD BSTDB bond issue, underwriters and market makers of which were  ARARATBANK and Future Capital Market".

He noted that due to successful experience within the framework of  this initiative BSTDB does not exclude the second issue of AMD bonds  on the Armenian market. In this regard, Best stressed that the choice  on ARARATBANK fell not by chance: "Prior to that, we had meetings  with a number of other Armenian banks, and we chose the one that is  more acceptable to us in terms of tariffs and services offered. With  ARARATBANK, since it really showed itself as a valuable partner." In  this regard, he did not rule out the possibility that within the next  issues as the underwriter ARARATBANK will again be chosen.

However, as C. Best noted, BSTDB is open for cooperation with other  banks functioning in Armenia. In this context, he recalled that the  Black Sea Bank, within the framework of credit programs, cooperates  with 6-7 Armenian banks, including Ardshinbank, Ameriabank,  ACBA-Credit Agricole Bank.

During the press conference, the Executive Director of ARARATBANK  Ashot Osipyan noted that at the request of the issuer, the proceeds  from the placement of the bonds will be used to develop the mortgage  market of Armenia, which in turn will contribute to the activation of  the construction sector. He said that the placement of BSTDB AMD  bonds on the stock exchange was public, and the number of  participants reached 16.

To remind, on June 27 BSTDB entered the bond market of Armenia with  an AMD tranche of nominal coupon bonds in the amount of 2bln AMD,  which is the second largest in the AMD tranche after last year's  issue of bonds of the State National Mortgage Company (2.127bln AMD).  When placing BSTDB AMD bonds, the demand exceeded the offer,  amounting to 2,691,574,896.50 AMD. The issue was placed completely,  as a result, it was possible to attract 2,005,573,856.5 AMD. The  cut-off price was 10,000.13 AMD, the yield on the cut-off price was  8.4545%, and the average weighted yield was 8.3481%. This issue (ISIN  - AMBSTBB21ER4) contains 200 thousand bonds, with a nominal value of  10 thousand AMD, with coupon yield of 8.455%, with maturity of 3  years. Coupon payments are provided once every six months.  BSTDB is  an international financial organization founded by 11 countries of  the Black Sea region. BSTDB stimulates economic development and  regional cooperation by providing loans, credit lines, guarantees, as  well as investing in capital and trade financing for projects of the  public and private sectors of the participating countries. In  Armenia, BSTDB through banks provides financial assistance to SME  development.