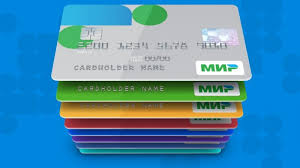 According to the information available to ArmInfo, compatibility of cards of Armenian and Russian national systems is currently being tested. The project of intersystem interaction assumes mutual acceptance of cards of national payment systems in the infrastructures of two countries: ArCa cards in Russia, cards "MIR" in Armenia. Pilot launch of the project is planned by the end of the summer of this year, and also provides for the issue of ArCa-MIR cobeydge (joint) cards. The technical possibility of issuing such cards has 16 banks operating on the ArCa infrastructure.

In April, the beginning of negotiations on accepting "Mir" cards in the Kingdom of Thailand was also announced. According to the company's representatives, this will simplify the payment process for tourists.  Last year, more than a million Russian citizens visited the country.

To note, the need to create a national payment system (NSPC) on cards "MIR" arose in the summer of 2014, when Visa and MasterCard ceased to serve the cards of a number of Russian banks due to US sanctions against Russia. On June 3, 2016, an agreement of intent was signed between Armenian Card CJSC (operator of Armenia's payment system ArCa) and JSC NSPK (operator of the Russian payment system Mir), providing for mutual servicing of ArCa and Mir payment systems in payment infrastructures their participants.