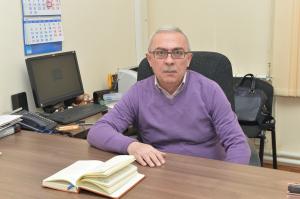 ArmInfo. Armenian Finance Ministry  is aimed at increasing domestic debt. "Starting from this moment, we  will increase domestic debt at a faster rate, which by the end of  2015 amounted to 14.4% of the total debt, and by the end of 2016  increased to 19.3%," the head of Directorate for Management told  ArmInfo. State debt of RA Ministry of Finance Arshaluys Margaryan  stated.

In this regard, the budget deficit of 150.1 billion AMD in 2017 will  be financed by almost 48 billion by issuing government bonds. "In any  case, the increase in the share of domestic debt is preferable to the  external one, since it provides incomes for the residents of the  country and the budget, which, on the whole, have a multiplier effect  in the economy," Arshaluys Margaryan stressed.

At the same time, Finance Ministry does not forget that by the end of  2016 Armenia's total state debt in foreign currency amounted to 80.7%  of the total debt. According to all the stress tests of Ministry of  Finance, from the point of view of managing the national debt, the  depreciation of the Armenian AMD to 30% does not create risks.  However, to stay in a comfortable zone, Margaryan believes, it is  better for Armenia to keep its debt in the national currency, since  "anywhere in the world there was no default due to domestic debt."  "According to the most diverse economic studies, the developing  countries have quite a high potential of the domestic market, the  savings of the citizens of Armenia probably exceed the national debt  of the country. Our task is to create an atmosphere of confidence in  the Government of the country and economic policy and then these  savings will become an unlimited source of increasing the domestic  market of state Loan commitments, "he said.

Total amount of Government loans from individuals is 2.5 billion  rubles and although this is only a meager share of Armenia's national  debt, according to Margaryan, this is just the beginning. Since April  25, for individuals, the Ministry of Finance has launched an Internet  platform for transactions on government bonds gp.minfin.am. The main  mission of the project is to increase people's confidence in the  state and to help individuals who wish to invest their money safely  and effectively.

As of today, yield of a bond with a maturity of up to 6 months is  10%, up to 1 year - 10.5%, from 1 to 5 - 11% (depending on the issue  and duration). As the representative of Ministry of Finance  explained, Securities are issued with a maturity of 6 months, since  there is the same problem associated with restoring public  confidence. Savings government bonds have a maturity of 3 months.  "This is more costly for us, but our goal is to convince the  population of the republic that today the situation is different and  they are dealing with a new and reliable partner in the person of the  state," said Arshaluys Margaryan, noting that there have been no  deviations in payments since 1999.

Despite the fact that in this case there is no separate fund for  deposit insurance, the main feature of this loan is 100% Reliability,  since the main guarantor is the state. In addition to this, if in the  case of bank deposits, income are taxes, this income is non-taxable.  The deposit amount can be 1 thousand AMD, followed by the possibility  of replenishment of the deposit and repurchase. And all those who are  still in the group of skeptics, Arshaluys Margaryan recalls: "The  outstanding debt did not pass without a trace to any state." More  motivation than that in any case, if not you, but your descendants  will certainly receive dividends, can not found".