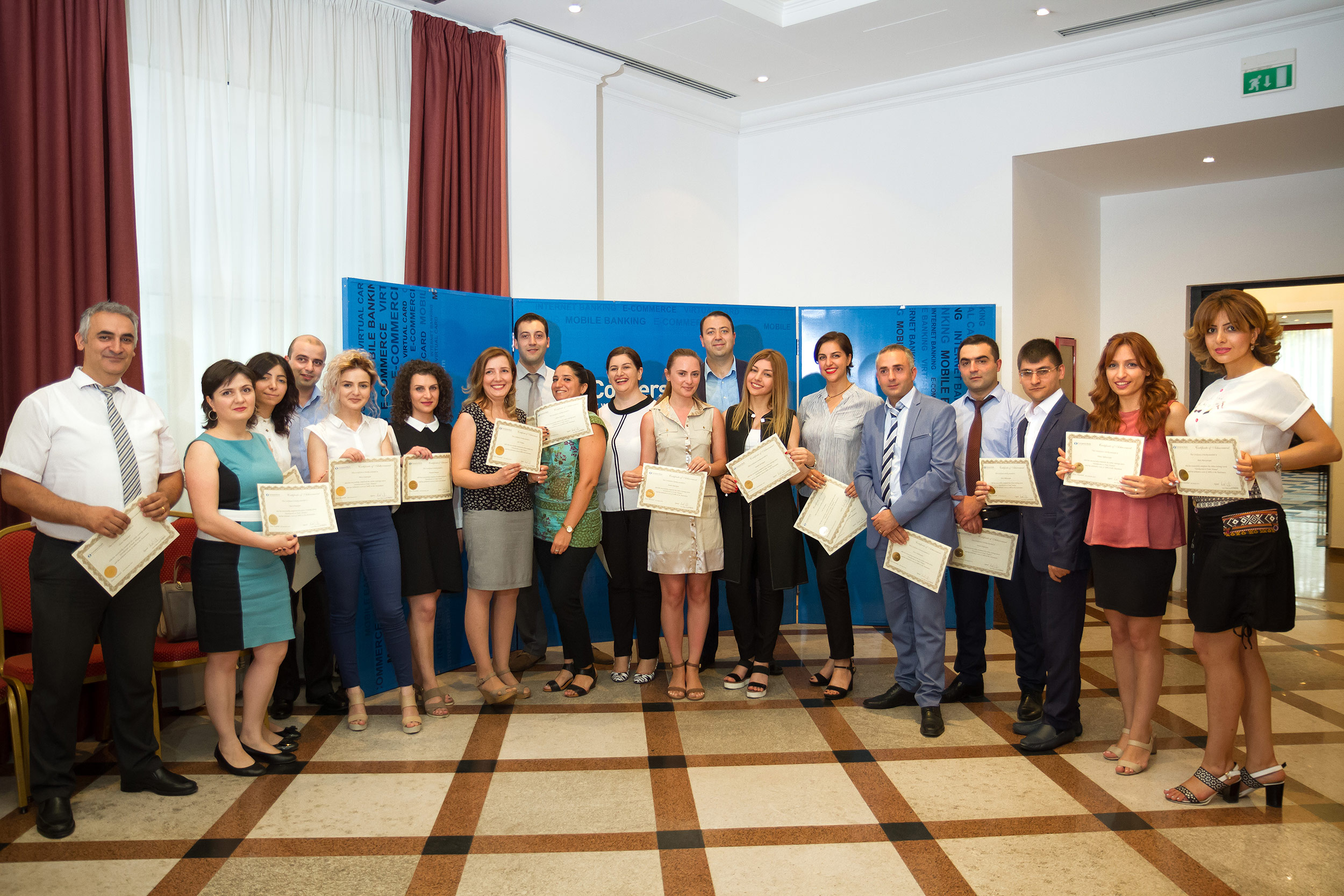 ArmInfo. The team of Converse  Bank employees showed high results in the EBRD program "Introduction  to Trade Finance", was awarded the international award "Trade  Facilitation Program Academic Excellence Award" and received  individual international certificates for professional development.  The press service of the Bank informed ArmInfo about this.  The  "Trade Facilitation Program Academic Excellence Award" award was  awarded to the Converse Bank team on March 17 this year. In the  framework of the conference "Belarus: Trade Finance 2017", held in  Minsk. With an unprecedented number of participants in the  "Introduction to Trade Finance" program, the Converse Bank team  showed good results.

"EBRD is one of the important partners of Converse Bank, whose  cooperation includes the implementation of trade finance and lending  projects, as well as participation in training programs," the Bank  said in its official message.

It should be noted that Converse Bank has been cooperating with EBRD  since 2008, and has been a participant of the TFP program since 2009.  In 2016 Converse Bank was awarded the Eurobank's "Deal of the Year -  Social Impact" award, which demonstrates the effectiveness of using  innovative mechanisms in joint projects.

It should be reminded that Converse Bank has been operating in the  Armenian market since September 1996. As of January 1, 2017, the  Bank's shareholders are Advanced Global Investments LLc (hands-  Eduardo Ernekian) - 80.94%, HayPost Trust Management B.V. - 14.06%,  the Cathedral of the Mother See of Etchmiadzin - 5%, and the indirect  holder of 100% of shares is Holding Company "Blakery Assets" LTD.