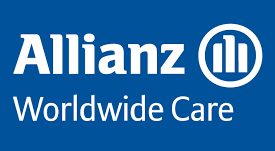 ArmInfo. One of the leading integrated providers of insurance and financial services in the world - The Allianz Group is exploring opportunities and prospects for entering the Armenian market. This was reported by the representatives of the Group at a meeting with RA Minister of Finance Vardan Aramyan.

According to the press service of the RA Ministry of Finance, during the meeting Vardan Aramyan presented the current macroeconomic situation in Armenia and the economic growth trends for the coming years. The interlocutors also discussed the current situation in the insurance market of the republic and the reforms implemented in this area over the past few years. The parties expressed mutual interest in further cooperation. The Minister of Finance informed that the Armenian side is ready to discuss concrete proposals on cooperation.

According to ArmInfo, the Allianz Group intends to establish the first life insurance company in Armenia.  According to the Armenian legislation, working insurance companies can not simultaneously engage in life insurance, which is a separate type of business, and must establish a separate company. However, the level of capitalization of existing companies and the total absence of a life insurance culture in the country hinders the formation of this market segment. Large world companies, such as Allianz, could become pioneers in this matter in Armenia. In addition, Allianz - one of the largest companies in the world for asset management, a large part of which is formed from the sale of life insurance policies.  Note that the "Alliance Group" was established in 1890 in Germany. The volume of business of the Allianz Group for 2016 amounted to 122.5 billion euros.