The head of the Ministry of Energy of Georgia: agreements with Gazprom export on the new conditions for the transit of Russian natural gas to Armenia is  the most optimal solution in this situation 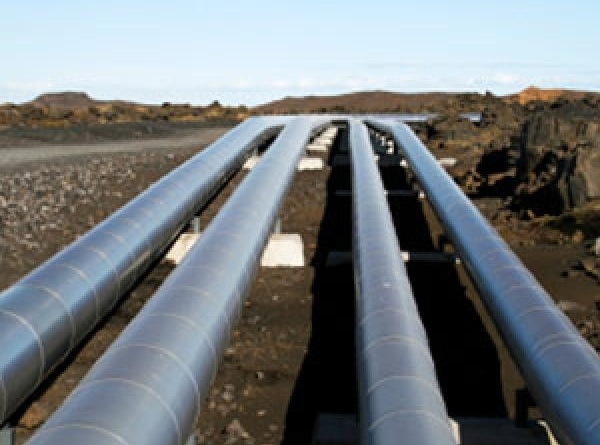 ArmInfo. The newly appointed Minister of Energy of Georgia Elia Eloshvili believes that the new contract concluded in January 2017 with Gazprom Export on the new conditions for the transit of Russian natural gas to Armenia does not create bad conditions for the Georgian side. In addition, as the minister said in an interview with RIA Novosti, Georgia's dependence on Russian gas has decreased.

According to him, the terms of the agreement, despite the statements of opponents of the authorities, have not worsened for Georgia. "The Georgian side took into account the existing circumstances and risks that could follow in the event of refusal to sign a new contract, and the most optimal decision was made in this situation: now the calculation for transit is a monetary form. Became even less dependent on Russian gas, "he said. According to the minister, the most positive side of the new contract is that Georgia has no obligation to purchase any volume of fuel from Russia. "If we need Gazprom's gas and this will be caused by an internal deficit, we will definitely purchase it and in no case we will leave our population without light and gas." Comparing the new contract with the previous one is absolutely populist and wrong, "Eloshvili said .

The minister recalls that more than 70% of energy carriers used in the country are imported from neighboring countries. This, according to the head of the Ministry of Energy of Georgia, is quite a large indicator, which is not positive from the point of view of energy security. In this context, the Minister proposes to be as flexible as possible from the point of view of logistics and infrastructure-related to neighboring countries and with those countries from which it is possible to receive electricity and natural gas. Second, the most important thing is the development of power plants and the provision of energy efficiency, that is, the saving of energy consumed.

Recall that at a meeting in Minsk in early January, the Georgian Minister of Energy and the management of Gazprom export company reached an agreement on the transition to a cash payment for gas transit to Armenia. According to the agreement, Gazprom export guarantees payment of gas transportation through the territory of Georgia to Armenia in 2017-2018. In the amount of 2 2.2 billion cubic meters. M per year, as well as gas supply to Georgia "on flexible terms, at a price of $ 30 per 1,000 cubic meters lower than in 2016," that is, for $ 185. At the same time, the price of the transit itself is not disclosed, which is a commercial secret agreed between the two entities, which, according to the assumptions of the opponents of the contract, is much less than what Georgia has received to date in the amount of 10% of the Russian gas transported to Armenia. In this regard, the opposition "National Movement", representing a minority in the Georgian parliament, opposed this agreement, believing that it contradicts the national interests of the country and its energy security. And the President of Georgia Giorgi Margvelashvili and many experts negatively assessed the new agreement between Gazprom Export and the Georgian Energy Ministry, saying that the conditions that are written down in the new contract are worse than they were before.