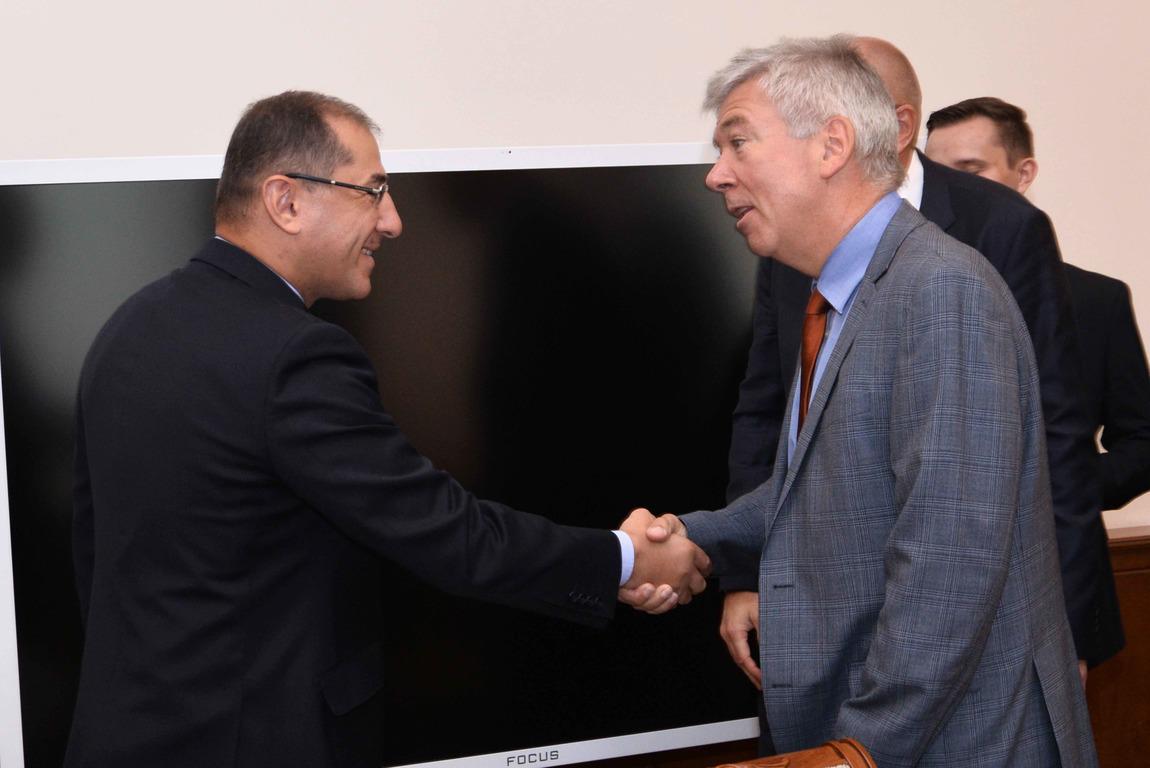 ArmInfo. Armenian Finance Minister Vardan Aramyan received a delegation of the German Development Bank (KfW), led by Regional Director Olaf Zimelka, the press service of the financial department. At the meeting, the parties discussed the issues of the cooperation agenda, as well as touched upon the opportunities and prospects for the development of future programs.Earlier in the course of the meeting with Prime Minister Olaf Zimelk stated that the cooperation with the Armenian government is effective until today and expressed readiness to discuss the issues and proposals presented with the concretization of further steps in this direction.

Concerning the activities of the Armenian authorities, the regional director of KfW noted the high growth rates of Armenia's GDP and effective steps to diversify exports.Recall that KfW is one of the major donors of Armenia. KfW's investments for the past 20 years have exceeded 500 million euros for more than 14 programs, including in the field of SMEs, the agricultural sector, energy complex, the environment and in the financial and banking sector. Armenia's external debt to the Bank on April 1, 2017. Amounted to $ 213.2 million (4.4% of the total external debt of the RA) with an annual growth of 6.4%.