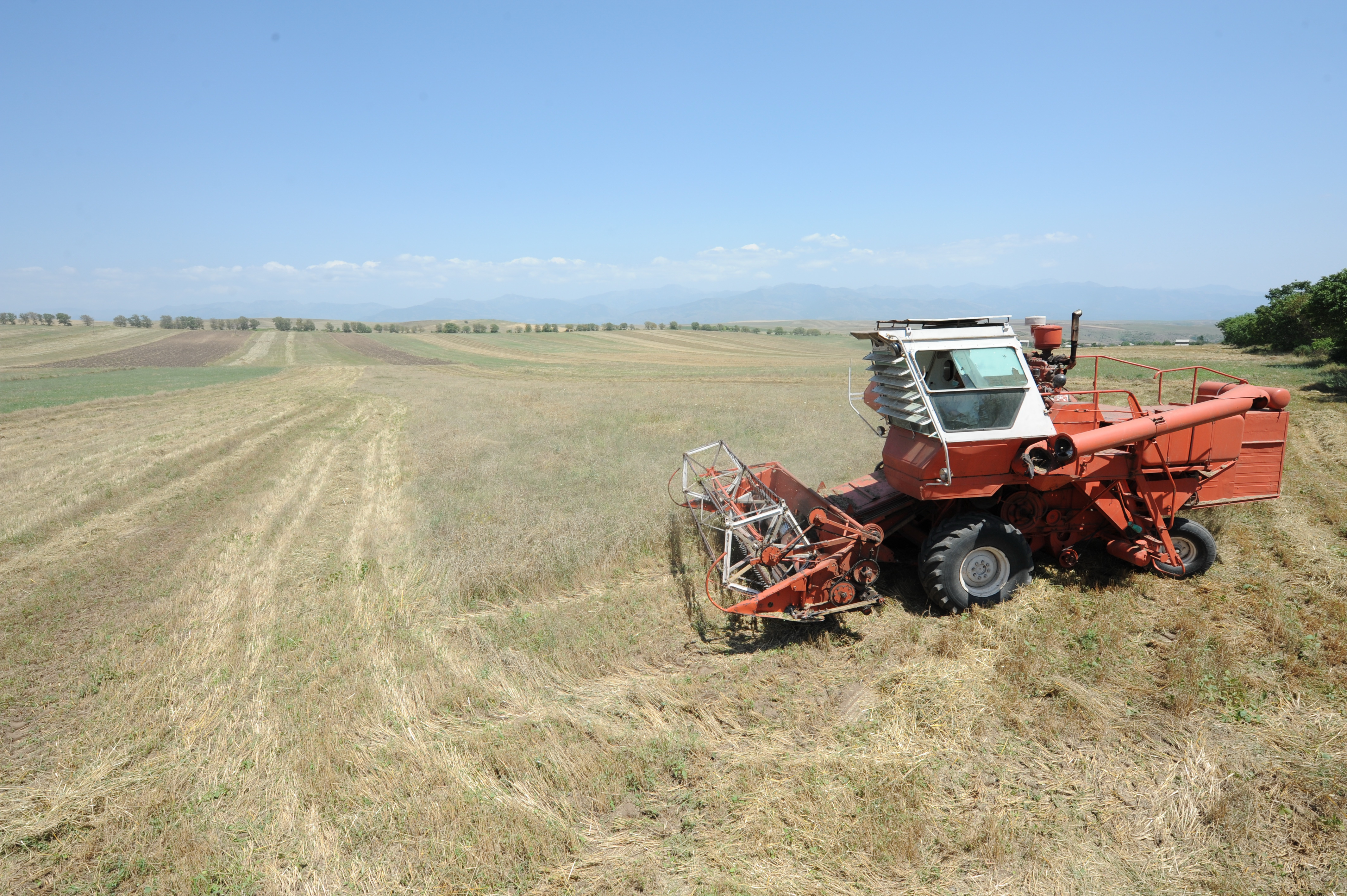 As the press service of the Ministry of Agriculture informs, the company founded the station, the equipment is provided to UCO "MSP Investments" CJSC, the supplier is "Hrashq Aigi" LLC.  At the station there are 30 units of European modern agricultural machinery, including combine harvester and tractor, which will be provided to land users for rent for agricultural work.

According to the minister, the implementation of such projects will have a long-term nature. The regional manager for the export line of the leading machine-building company "CLAAS" Thomas Shtigler noted the importance of the correct choice of agricultural machinery taking into account the specificity of the relief of Armenia.

Earlier ArmInfo informed, starting from March 27, reception of applications for participation in the program on provision of agricultural machinery in leasing started in Armenia. According to the program approved by the Cabinet, farmers will be able to purchase agricultural equipment on the following conditions: advance payment - 20%, interest rate - 2% per annum, maturity - 3-10 years, depending on the type of equipment. Another 7% will be subsidized by the state. As a result, it is expected that in 2017 about 2.2 billion drams will be allocated for the purchase of agricultural machinery. Under this state program, it is possible to purchase tractors of different brands, combine harvesters, balers, seeders, plows, mowers, potato-sowers, potato diggers, cultivators, trucks, sprayers and other agricultural equipment.

On May 18, at a meeting of the Cabinet of Ministers, a plan was approved for organizing a state-private machine and tractor station (MTS). As Ignaty Arakelyan noted, earlier, the department started accepting applications for participation in the program for the organization of the station. Only one company, Idas LLC, responded to the state's proposal. In this regard, the minister suggested 700 million drams from the government's reserve fund in the first half of 2017 for the implementation of the program and the purchase of the necessary agricultural machinery. The Ministry of Agriculture will provide this equipment on a gratuitous basis to the Agricultural Development Fund for further allocation to farmers. For their part, private traders will invest 242 million drams. After 4 years, the minister said, the funds will be returned with interest, in the amount of 926 million.