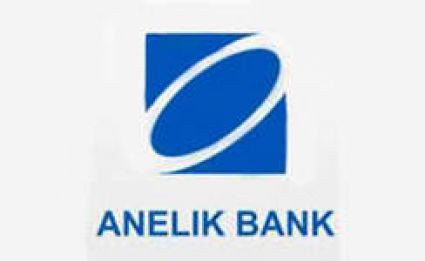 ArmInfo. Anelik Bank completed the initial placement of the 4th tranche of dollar bonds in the amount of $ 5mln earlier than planned, according to the press service of the Bank, bonds were purchased by individuals and legal entities from Yerevan and the areas of Armenia.

According to the source, term of circulation of bonds of this issue is set at 2 years, yield on the coupon is 5.75%, and periodicity of coupon payments is provided every six months.

"With each new issue, the demand for our bonds is increasing, which indicates a growing confidence in the Bank and interest in the market for new investment instruments," he said. Chairman of the Management Board of Anelik Bank, financial Director Ruben Melikyan.

To note, on the NasdaqOMX Armenia exchange, four tranches of the Anelik Bank coupon bonds are listed - three dollars at $ 5 million and AMD 1 billion in AMD. The first tranche of bonds (dollar) was issued for the first time in its history by Anelik Bank in December 2016, with an annual yield of 6.5% and a maturity of 2 years. Listing on the exchange the first issue was held on January 20, 2017 and is listed in the main list of Abond. The second issue, the dollar issue, issued on February 20, 2017, was quoted on the stock exchange since June 13 this year. The third issue is a drama, released on March 15 this year.with the completion of the initial placement on April 12, was quoted on the exchange since April 27, 2017.

To recall, Anelik Bank has been operating on the market since October 1996. After the additional share issue in November 2016, the membership of the Bank's shareholders changed - the entry of the Cypriot company FISTOCO LTD with a stake of 59.68% reduced the share of the former shareholder represented by the Lebanese Bank CreditBank S.A.L from 100% to 40.32%. Indirect majority shareholders are physical persons: Tarek J. Khalefe (CreditBank S.A.L) and Vartan Dilanyan (FISTOCO LTD).