Richard Mills: 60% of exports from Armenia to the United States are carried out under the GSP 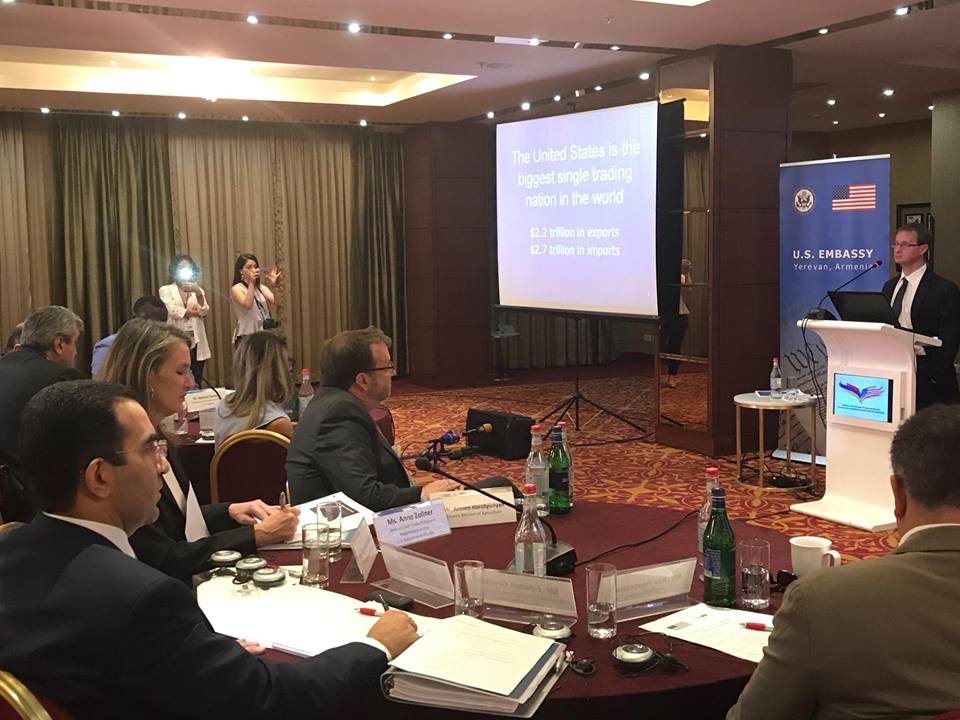 ArmInfo. "Often we hear from  Armenian entrepreneurs about the lack of business awareness about the  opportunities provided by the Generalized System of Preferences -  GSP," said US Ambassador to Armenia Richard Mills. In order to fill  this gap, the Armenian-American Chamber of Commerce together with the  US Embassy in Armenia September 13 held a forum on "Export  Opportunities of Armenian Products under the GSP Program" in Yerevan.

According to the ambassador, during the last two years as the  ambassador the priority task of his activity was to strengthen  economic and trade relations between Armenia and the United States.  In this context, Ambassador Mills is pleased to welcome two senior  representatives of the Office of the US Trade Representative in  Armenia, who arrived in Armenia to present the opportunities provided  under the GSP for the republic.

Already at this stage, according to the head of the American  diplomatic mission, 60% of the export from Armenia to the USA are  carried out within the framework of this system of preferences -  starting with aluminum foil, jewelry, jam, etc. "We hope that  Armenian entrepreneurs more actively take advantage of all the  opportunities provided by the system," Richard Mills said.

The GSP (Generalized System of Preferences) program was adopted in  the United States in 1974 to stimulate economic growth in developing  countries. Within the framework of the system, import of goods (about  3,500 names) in the US under preferential conditions - in duty-free  mode, is carried out from 129 countries of the world, including from  Armenia. According to the US embassy in RA, Armenian products  exported to the United States under the GSP are estimated at $ 25  million.