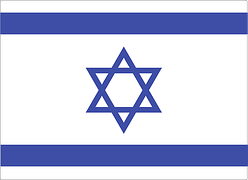 As the press service of the Armenian Foreign Ministry told ArmInfo, Nalbandian noted with satisfaction that during the last period there was an intensification of mutual visits, both at the level of legislative and executive authorities. At the same time, he expressed the conviction that periodic contacts between the parties contribute to the strengthening of bilateral relations.

Representatives of the Israeli delegation noted that the agenda of their three-day visit is quite rich, which provides an opportunity to discuss the deepening of cooperation in various fields.

In his turn, Nalbandian noted the importance of interparliamentary cooperation between Armenia and Israel, stressing the role of friendship groups in the parliaments of the two countries in strengthening relations. Nalbandian also noted with satisfaction that the public forum "Armenia-Israel" is becoming an important platform for the dialogue between the societies of the two countries, as evidenced by the holding of its third meeting in Yerevan.

The interlocutors discussed a wide range of issues on the Armenian-Israeli agenda, noted the importance of expanding the regulatory framework, stressed the need to stimulate business contacts, touched on the opportunities for liberalization of the visa regime, and exchanged views on topical regional issues.