In Armenia, the institution of presentation of mortgage for mortgage lending will be liberalized 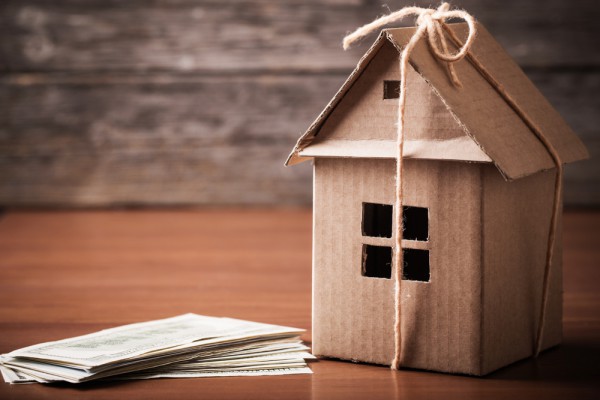 ArmInfo. The National Assembly of Armenia at the meeting on September 13 began discussions on the draft amendments to the Law on Housing Mortgage Lending and a package of related laws.

According to the deputy chairman of the Central Bank of Armenia Nerses Yeritsyan, the bill passed two readings during the previous session of the parliament, but did not pass the third and final one.  For this reason, the government deemed it necessary to re-submit the document on first reading.

The presented package is aimed at protecting the interests of the population that has attracted mortgage loans in order to improve housing conditions. Previously, as N. Nersisyan continued, the law "On Protection of Consumer Rights" was adopted, which contradicts the current law "On Housing Mortgage Lending". In this connection, it was decided to resolve this issue in a separate order. First of all, we are talking about increasing transparency in the implementation of transactions. The consumer should be aware of the essence of the contract he signs, at which interest rate he attracts a loan taking into account all costs, penalties and pennies. This requirement is enshrined in the new bill.

Another requirement for the possibility of failure within 7 days from the date of signing the agreement on attraction of a mortgage loan, if the provisions of the contract, after studying the document recognized by the borrower unprofitable.

In order to increase confidence on the part of borrowers, it is envisaged to liberalize the institution of pledge presentation. If previously the consent of the first lender for the transfer of collateral to another bank was required, now this institution of consent is liquidated. It is also proposed to introduce a provision under which the borrower will be able to repay the loan early at any time convenient to him, without significant costs, transfer collateral for mortgage refinancing. This will enable borrowers to impose their conditions on credit institutions. After three years after the conclusion of the agreement, it is prohibited to use any kind of fines and pennies. At the end of this period, citizens of the country will have the opportunity to repeatedly refinance their mortgages. This, according to Nerses Yeritsyan, will form of the mortgage market shopping institution, including the interest rate.

Another provision concerns restrictions on fines and penalties. If the interest rate is set in the contract, then in calculating fines and pennies, the bank must have the ability to influence the interest rate. At a fixed interest rate, the amount of penalties and pennies should be reduced, and when floating, restrictions will apply, according to which the amount of fines and pennies should not exceed 0.2-0.6 percent of the loan amount. The package also clearly states the provision for determining the value of the property. If there is a good insurance history, the bank must take this into account. If the provisions of this legislation are violated, the bank will have to compensate the borrower for damage in the amount of 300 thousand drams.

N. Yeritsyan also said that in 2016 mortgage and other credit portfolios of commercial banks in Armenia increased by 15%, and the quality of loans also improved. In no other country in the world, the deputy head of the Central Bank continued, there was no such significant growth in the mortgage loan portfolio. He also said that at present young families have the opportunity to use mortgage loans at a rate of 6-8% for various groups. In total, the credit portfolio of commercial banks in the country exceeded $ 250 million, and the total portfolio of mortgage loans increased to $ 400 million, increasing every year in geometric progression.  This is a very serious indicator for Armenia, N. Yeritsyan believes, adding that the size of the interest rate largely depends on the volume of deposits. If 1% of the citizens' savings can be placed in commercial banks, then the interest rate will be 2%. Today, interest rates on deposits are quite significant, given costs and risks. Plus, the real estate market in crises is one of the most vulnerable, which increases costs. "There are no Santa Clauses, and no one will give cheap money for the distribution of mortgage loans." It is necessary to save, expecting that these savings will be invested in the economy of the country, from where the revenues will be received to provide mortgage lending," N. Yeritsyan said. He added that over the past year, the volume of deposits increased 20%, of which more than half were individuals. In total, we are talking about the growth of deposits for a total of 2 billion drams. Annually banks on deposits in the form of interest rates provide citizens of the country more than 140 billion AMD. The capital of commercial banks increased by 30% or 200 billion drams in 2016. Currently, the total capital of banks is about 670 billion drams, which, in turn, allows to increase assets.