Tatiana Kaygorodova: Armenia`s progressive approach to the introduction of MHI will form in 2-3 years an economically effective risk model of medical insurance 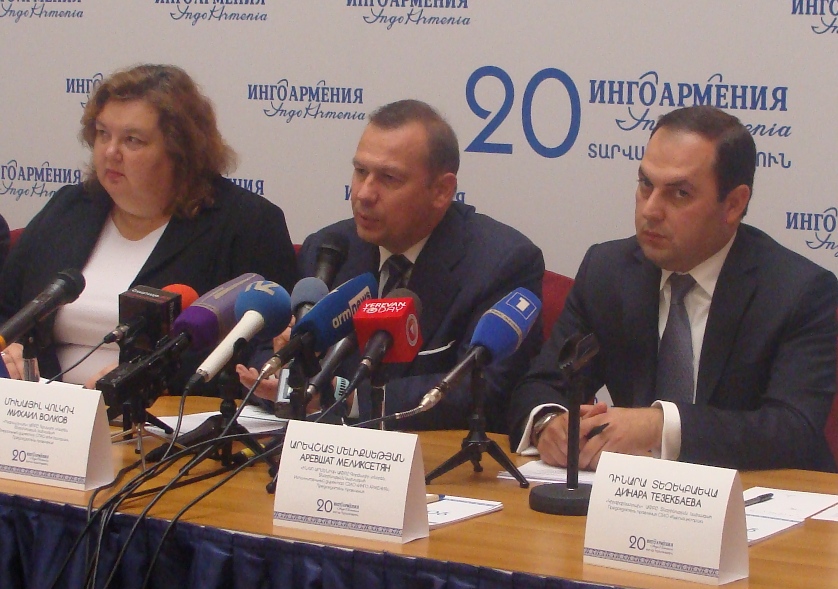 ArmInfo. Taking into account the very progressive approach taken by Armenia as a basis for implementing the MLA, in 2-3 years an economically effective risk model of medical insurance will develop in the country. Such an opinion on September 29 at a press conference timed to the 20th anniversary of INGO Armenia Insurance Company, Tatiana Kaygorodova, Deputy General Director of IPJSC Ingosstrakh, said.

Drawing parallels between the one introduced in Armenia since October this year, model of MHI and the system operating in Russia, she drew attention to the fact that they radically differ. "The Armenian variant is more advanced, and unlike the" risk-free "Russian analogue, it represents a risk model of medical insurance, namely, the model introduced in Armenia, first of all for insurers, is to provide not only the best quality of insurance costs insurance, but also optimality tariffs," explained T. Kaigorodova.

After the introduction of the OSAGO system since 2011, Armenia will start the second key stage of development of the insurance market from 1 October 2017 - the introduction of compulsory health insurance (MHI). The program of transition to MHI will be implemented in stages. First, from October 1 this year, civil servants will receive a social package (this is 100,000 people), then citizens falling under the category of underprivileged, and in the future, the timeframe has not yet been established, all other working citizens. Six insurance companies operate in the Armenian insurance market today, the total portfolio of premiums for which on health insurance is 5.5 billion AMD or $ 11.4 million as of January 1, 2017, and INGO Armenia holds the leading position - 1.8 billion AMD or $ 3.6 million.