Expert: Since 2014 to this day, Armenian start-ups through venture capital and investors have attracted about $ 90 million 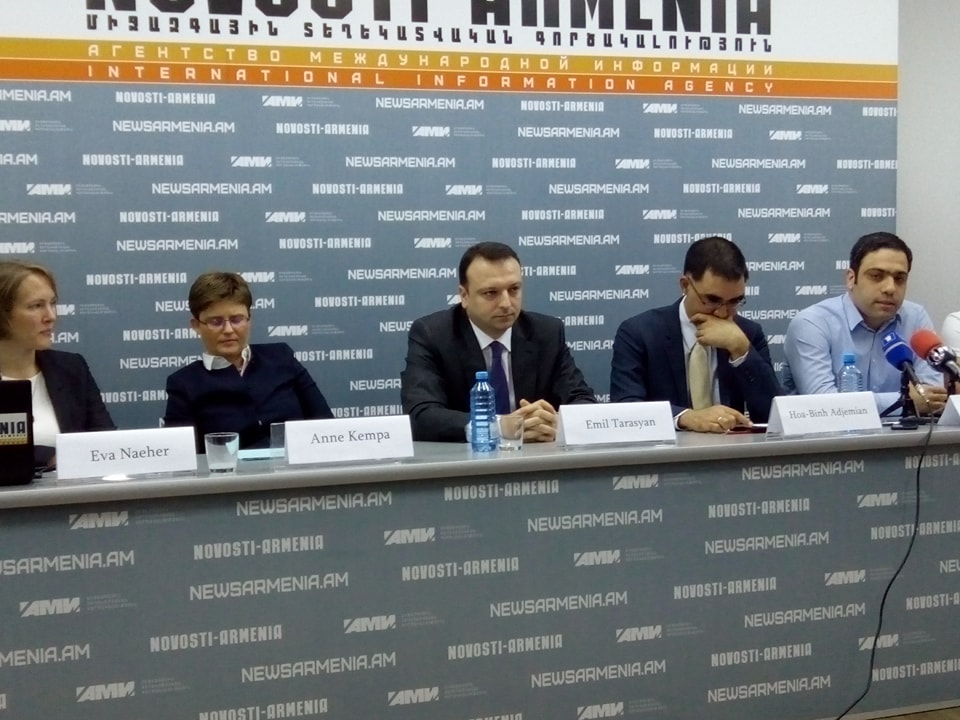 ArmInfo. Starting October  16, accelerated pilot program "The Academy of Startups of Armenia" of  the Catalyst Fund will start in Yerevan, thanks to which participants  will be able to learn about the development of innovative business  and the withdrawal of their products and solutions to the  international market. Deputy Minister of Economic Development and  Investments of Armenia Emil Tarasyan stated at the press conference  on October 3 noting that the best international experience and  methodology in the sphere of accelerating programs were used in the  development.  According to him, the program includes start-ups in  both IT and high technologies.

Answering the question of ArmInfo, E. Tarasyan noted that about 100  startups in the field of information technologies are created every  year in Armenia (excluding startups in the field of engineering). In  this connection, he noted that the government intends to stimulate  the start of business in the sphere of high technologies. At the same  time, Tarasyan stressed that the percentage of successfully  developing startups in Armenia is significantly inferior to the  number of inefficient businesses. "However, the potential in the  innovation sphere is quite high. And we should work in this  direction," he stressed. Through the implementation of such programs,  according to the deputy head of the agency, the government intends to  provide long-term assistance to start-ups by regularly introducing  tools for business promotion, developing communication skills with  investors in order to provide Armenian start-ups with opportunities  that are used in developed countries.

"And most importantly, filling in the gaps in this eco-system, it is  necessary to create comfortable conditions for our start-ups, thereby  preserving their presence in the domestic market. In case of an exit  - to provide, that results of their activity served for economy of  Armenia", he said.

The co-founder of the Catalyst Fund Ashot Arzumanyan noted that since  2014 to this day, Armenian start- ups through venture capital and  investors attracted about $ 90 million. He said that the Academy for  Innovators will operate from October 16 for 12 weeks. "The program is  divided into 3 stages. In the first round, which will last 4 weeks,  the project provides for the diagnosis of start-ups, the second - the  drawing up of a plan that provides for the further direction of the  start-up and the definition of markets, and during the final stage,  work will be done aimed at the readiness of start-ups to enter the  market". A. Arzumanyan noted that applications for participation can  be submitted until October 9 inclusive.

The co-founder of the Foundation said that tomorrow, October 4 at  19:00, an information session for start- ups will be held at the  American University of Armenia, within which representatives of the  Catalyst Fund will present the program in more detail.

To note, the Academy of Startups of Armenia is implemented within the  framework of the SME Support to SMEs program, co-financed by the EU  and the Ministry of Economic Cooperation and Development of Germany.  The cost of the program is 6.4 million euros.