The market of OSAGO goes into virtual space 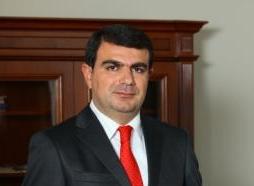 ArmInfo.Automation of all OSAGO processes is actively underway in Armenia. For 7 years since the introduction of compulsory motor insurance to this day, many steps have been taken to improve not only this segment, but also the insurance market as a whole. As a result, for 2011-2016, the premiums on compulsory motor third party liability insurance increased by 22% to 18.2 billion drams, holding the dominant in both the portfolio of fees and payments. The number of vehicles with the contract for compulsory motor third party liability insurance increased for the period from 2012-2016 from 390,266 to 468,171 units, and the loss ratio for OSAGO from 74% decreased to 55.3%. But only in 2016, loss-making increased by 2.3% due to the introduction of the euro-mechanism mechanism since March, and the continuation of growth in 2017 to 61.7% in August was due to the transition from April to a system of direct reimbursements. Taking into account the impact of these changes on OSAGO processes, the loss ratio for this class by the end of 2017 is projected in the range of 65-68%. But the development of the insurance market of the Republic of Armenia is not limited only by the internal changes in the procedures. For more than a year the Green Card Bureau has been discussing the process of Armenia's possible membership in the system of international motor third party liability insurance. Vahan Avetisyan, Executive Director of the Bureau of Motor Insurers of Armenia, spoke in more detail about the situation on the segment of compulsory motor TPL insurance and development prospects in a conversation with ArmInfo correspondent.

What is the situation with payments on the euro-protocol? What is the percentage of penetration of the simplified procedure among the population? Namely, how many insurance cases according to the latest data are registered under this scheme?

The process of registration of insurance cases on the European protocol, which started from March 2016 in the beginning with the threshold of damage up to 50 thousand drams with the increase of this bar in September of the same year to 100 thousand drams, is already significantly rooted among Armenian drivers, and has outlined a stabilization trend. This is evidenced by specific figures: 45-53% of the total volume of refunds under the simplified procedure (Europrotocol) have been registered in recent months; approximately 2200-2600 insurance cases, against those fixed at the beginning of this year. 30-60% or about 1200-2500 cases.

Is it planned for the maximum convenience of drivers when registering an accident by introducing a mobile  version of registration of insurance cases for the euro-protocol?

Yes, the mobile version of the registration of insurance cases on the euro-protocol will be introduced during 2018. Currently, this application is at the stage of registration of the technical reference. As a result, drivers with an independent registration of an insurance event will have a choice in which version to fill out a questionnaire - paper or mobile.

In addition, is it planned to expand the automation of OSAGO processes?

Works are already in progress to transfer OSAGO processes to a new level of standards and automation - to the single window system and a single platform for the insurance market under the project  of Armenian Single Window for Automative - ASWA. This is carried out within the framework of the agreement concluded in 2014 with the French Bureau Veritas Inspection and Control. Since November 2017, insurance policies for OSAGO will already be concluded under this system, i.е. From now on all insurance companies will provide insurance policies only through a single window platform. At the same time, the possibility of On-Line sales of policies (via the Internet) will be introduced, and in December it will be possible to purchase policies through payment terminals with a cash-in function. Thus, the process of introducing different opportunities for concluding insurance contracts for OSAGO through the Single Window will be completed by the end of 2017..

At what stage is the implementation of the standard methodology and automated programs for damage assessment and guilt?

Until mid-2018, we plan to launch an electronic version of registration of insurance cases, a unified registration system with the Road Police according to more modern standards. In the same period it is important to have time to complete the introduction of a standard methodology and automated programs to assess damage and establish guilt.

How do you estimate the work of the direct compensation mechanism after almost 6 months from the date of implementation?

Implementation since April this year of the mechanism of direct reimbursement turned out to be the root change in the OSAGO system. After almost half a year from now I can state that the process of transition to this system has gone very smoothly without excesses, i.e. There were no complaints from customers, insurance companies or regulators. Perhaps a little disagreement concerned only the technical part of the transition (mutual settlements) to this system, but these issues were quickly resolved. I will say more, from April to this day, disagreements on insurance cases under this system of compensation recorded only about 200, and this is only 0.5-0.7% of the total. And this suggests that the introduction of this compensation mechanism and the Central Bank and the Bureau of Motor Insurers and insurance companies are well prepared.

How much did it serve the ultimate goal?

I think that it was very useful. Namely, insurance companies have become much more efficient in providing services. And this is starting with the registration of the case and ending with the prompt payment of reimbursements.

Now all possible combinations are used for the rapid implementation of insurance payments. The number of complaints has significantly decreased. The gap in the average size of the insurance payment for OSAGO significantly narrowed from the previous 150-210 thousand drams (before the introduction of direct reimbursements) to the current 178-198 thousand drams (after the introduction of this system), i.е. the approach of insurance companies to the assessment of damage has become more similar. In other words, there is the fact that the direct reimbursement system is a typical model of self-regulation.

Positive consequences: revaluation or underestimation of damage is excluded, the discipline of both the insurance companies themselves and the process of paying reimbursement on their part has increased.

In fact, the implementation of the April 2017g. the system of direct reimbursements completed the process of logical regulation, and then proceeded to technical and technological support, i.e. to automation by modern standards.

At this stage, our expectations for the system of direct reimbursements have been fully justified, but we still have to solve a number of problems in the near future.

How has the level of unprofitability in motor third party liability insurance for the last year changed and what is the evidence of this dynamics?

At the end of August 2017, the loss ratio for OSAGO was 61.7%, compared to 48.8% a year earlier. This is one of the main indicators of the result of the implementation of the system of direct reimbursements, which indicates an increase in the level of compensations paid. This means that insurance companies have become more efficient in servicing their clients, it is more correct to assess damage, and to promptly pay reimbursements.

Is it possible to talk about any visible results on the "bonus-malus" system? What aspects of this system need improvement?

In December 2016, we switched to the bonus malus system based on the owners of motor vehicles. The introduction of this system revealed and solved a number of shadow problems. Basically, taxi services were in the class of high malus due to a large number of accidents, due to which the final insurance premium for them increased. This created some social tension, and after the introduction of the new bonus malus system, we established a privilege for taxi services by a one-time reduction of 4 malus classes.

Regarding the issue of improving this system, during the discussions with the Bureau of Motor Insurers, two main proposals were submitted. The first concerns accounting for the calculation of malus, in addition to the number of accidents, as well as a new factor - the amount of damage caused. The second concerns raising the extreme threshold of malus for the most high-risk insurers. Both proposed changes are appropriate, but in my opinion they are premature. They are still at the stage of research and discussion, and in the near future are unlikely to be introduced. In addition, in order not to face more serious problems, it is necessary to study the foreign experience more deeply.

What about the process of Armenia's joining the Green Card  system and the organization of all the necessary legislative changes? What tasks were put before Armenia on the agenda of the nearest decision?

In June 2017g. we visited representatives of the Central Bank of Armenia in Brussels at the headquarters of the Green Card Bureau, where they examined the mechanisms of this system and discussed the issues and main problems of our participation with the leadership. Then, at our invitation, the president and representatives of the Green Card Bureau visited Armenia from 4 to 8 September. During the visit, a number of meetings were organized with the Central Bank of Armenia, the Bureau of Motor Insurers of Armenia and the RA Road Police to discuss some of the issues on the agenda. An extended seminar-discussion was also organized with the participation of representatives of the Central Bank, the Ministry of Finance, the Road Police, insurance companies and the Bureau of Motor Insurers. In the seminar, the Green Card Bureau delegation presented the main principles of the Green Card system operation, as well as the main issues and problems that need to be solved for Armenia's entry into the system of international motor third party liability insurance.

The main problems, in principle, delaying the membership process, relate to the Green Card Bureau's demand for a real restriction of sales of Green Card policies for cars registered in the NKR, as well as the need to properly inform owners and / or drivers of foreign cars that they enter the territory of the NKR , where the Green Card policies do not cover insurance events / risks.

The remaining tasks and recommendations submitted by the Green Card Bureau are legal and financial. These recommendations are based on the requirement to introduce a number of legislative and sub-legislative changes, which has already been undertaken on our part. We also need, together with insurance companies, to discuss in more detail and select the appropriate financial instruments within the rules established by the Green Card Bureau.

An important task is also the requirement of the Green Card Bureau for participating countries to be compulsorily involved in the International Convention on Road Traffic (ICDD) and the International Convention on Road Signs (ICDL). Moreover, Armenia is already a party to the ICRM, and the process of membership in the MKDZ started several months ago. In particular, the Ministry of Foreign Affairs, the Ministry of Justice and the Road Police are already working towards the solution of this problem.

I think that as a result of all these joint meetings and seminars, the Green Card Bureau has a general preliminary idea of ​​the necessary further steps and solutions that will contribute to the inclusion of Armenia in the Green Card system. As I have already presented above, steps have been taken in practically all directions.