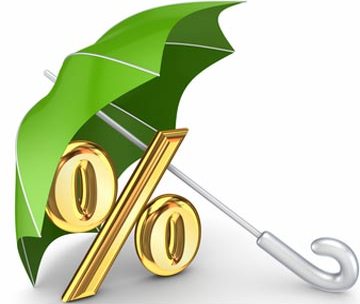 ArmInfo. The policy of compulsory medical insurance for working citizens in Armenia, who are not civil servants and are not on the list of the most needy RA citizens under the Paros program, will cost 6 thousand drams a month. Answering the question ArmInfo, Minister of Healthcare of Armenia Levon Altunyan stated this on October 6 at the final press conference.

According to Levon Altunyan, the main health care reform, initiated by the ministry, concerned the financing of the medical case. "Here, without trying to invent a bicycle, taking into account our scarce resources, we decided to take the best practices of the whole world, and the best world experience offers no alternative to insurance," he said.

The ideology of the ministry, as Altunyan explained, is that the rich pay for the poor, healthy - for the sick, thereby facilitating the financial burden of the state budget. And, in order not to burden the socially unprotected strata of the population, the government decided to take this burden on itself, in which about 612 thousand people (participants of the "Paros" program) will receive the MHI policy. In the future, their number can grow to 800 thousand, all of them will be insured at the expense of the state budget for the same program, for which the beneficiaries of the social package are insured - about 88 thousand civil servants. All the rest will have to pay 6 thousand drams for OMC every month.

The head of the Armenian Ministry of Health, previously heading the leading IC INGO Armenia, hastened to dispel the false impression that the insurance institute creates additional incomes for commercial companies, the Ministry of Health followed the path when the state takes risks, collects money and manages insurance reserves , and the function of providing services is carried out by commercial companies. "Business provides services, and the state manages money and dictates the terms of the game," explained Altunyan. He stressed that the insurance market in Armenia is distributed as follows: the distribution of 2.9 million residents of Armenia is made by a computer program evenly between six insurance companies, taking into account their market weight, the size of reimbursements and other criteria established by the Central Bank in accordance with modern financial standards.

Levon Altunyan does not share the concerns of the majority of the population in the sense that even the introduction of the MLA institution will become another tool for transferring funds from the population.  The vicious phenomena in the sphere, as explained, are planned to be eradicated thanks to quality management in insurance companies, their consistency, adequate reimbursement system, and state control.  According to Levon Altunyan, within the next 3-5 years, not only an ideal system of financing the sphere is expected in Armenia, but also an increase in the life expectancy of the population.

Meanwhile, the other day the Minister of Health of the Russian Federation Veronika Skvortsova stated that labor migrants from the EEA, in in particular, from Armenia, will receive full medical insurance in Russia.  At the moment, migrants, many of them from Armenia, get emergency medical help. "An agreement has been prepared that migrant workers will be provided with full medical insurance policies, and the package of medical assistance will be extended to members of families of labor migrants." The agreement of the Armenian side is needed to implement this program, "Skvortsova said. Thus, the issue of OMS of Russian citizens in Armenia remains open. Otherwise, it turns out to be a one-way game.

Earlier it was reported that since October 1 of this year in Armenia all beneficiaries of social packages will have an opportunity to choose organizations providing medical assistance. At the same time, on July 27 this year. the RA Minister of Health Levon Altunyan told reporters that the pilot program for compulsory health insurance will be launched in September 2017. This program will be used by beneficiaries of social packages, the number of which at this stage is from 80 to 100 thousand people. Within half a year the Ministry of Health will monitor the results of the program, after which it will include 612 thousand socially unsecured citizens. And only a year after monitoring and positive results, a law on compulsory health insurance will be implemented.

In Armenia, there are programs of social packages, which are provided by civil servants, in particular, by the component of recreation. The state budget for social packages (with the exception of the medical service component) is 10 billion drams. The social package for 132 thousand drams a year is provided to civil servants and provides for several compulsory components - payment of health care expenses, covering interest on mortgages, payment of tuition at universities and rest in boarding houses in Armenia.